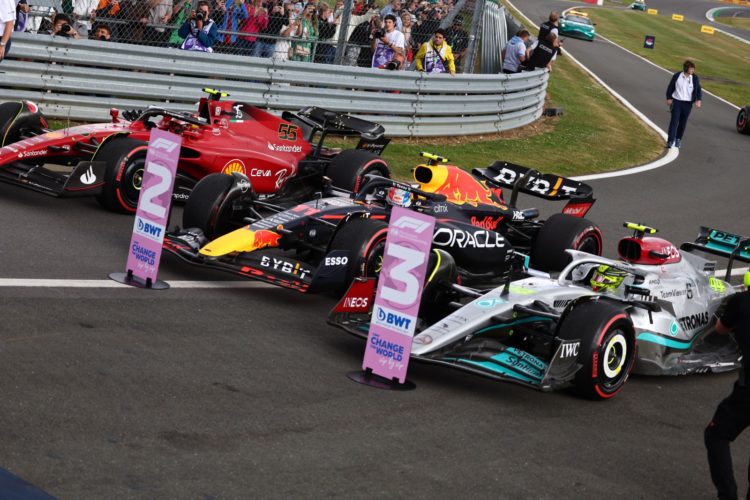 Mercedes can be encouraged by its progress through Formula 1’s British Grand Prix, believes Toto Wolff, but must remain cautious over the W13’s prospects.

Mercedes had one of its most competitive showings of the season at Silverstone as an upgrade package, combined with a flowing layout on a smooth surface, aided the team’s prospects.

Lewis Hamilton led for the first time in 2022 and was in contention for victory before winding up third, equalling his best result of the season, though George Russell was eliminated at the start.

“We had some light at the end of the tunnel in Barcelona and then struggled on three street circuits so I don’t want to talk us up too much or be too pessimistic, I’d rather be cautious,” said Wolff.

“We still had our persistent ride issue all three days which is a key focus for us to tackle but we showed strong pace this weekend which is pleasing and our updates seemed to work well.

“In Austria, there will be a couple of corners which haven’t made our car happy in the past but it’s a constant learning process for us.

“This year is going to be a pretty tough one to win but we just need to get our house in order to be properly on top of the car’s performance.”

Mercedes introduced a raft of updates to its W13 and trackside engineering chief Andrew Shovlin says their performance provides hope for upcoming events.

“We can take a lot of encouragement from the progress this weekend,” he said. “We brought a significant update to the car and it looks to have delivered what we expected.

“Now we know what works for the car, we can find more. We’ve got a couple of days to regroup ahead of the Austria sprint race so plenty to do in a short space of time but we’re excited to be going there with some hope of fighting at the front.”