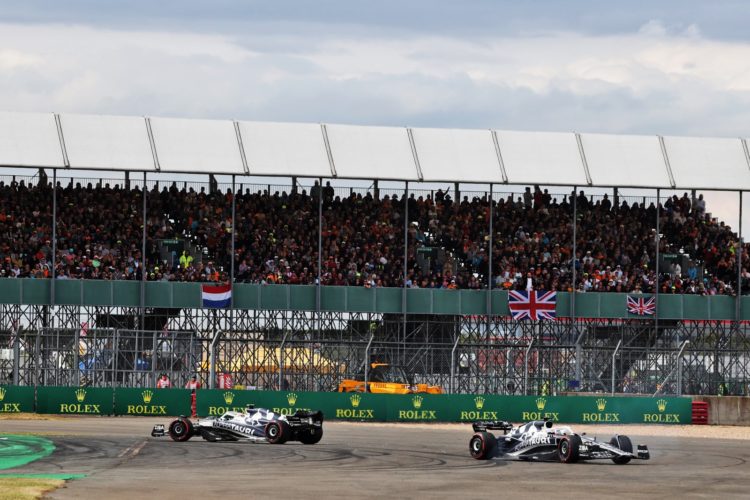 Tsunoda tried to overtake Gasly into Village during the early stages of the race but spun into his team-mate and caused Gasly to rotate as well.

Tsunoda was issued a time penalty and came home as the final of the 14 classified runners.

“I think I could’ve waited for another opportunity to pass him,” said Tsunoda.

“My speed was good going into the corner so I thought I could make it through, I also didn’t expect Pierre to close the door quite as much as he did, so this is a mistake from my side.

“Mainly, I just want to say sorry to the team. After that, I had damage to the car, it was very tricky to drive and that made the rest of the race very difficult for me.”

Technical Director Jody Egginton was unimpressed by the outcome, with Gasly forced into retirement due to a damaged rear wing.

“It’s very frustrating to have thrown away a likely points finish on a weekend where the team and drivers have worked so hard to extract the maximum from the package and get the cars into a position to fight for points,” he said.

“Contact between team-mates is never good, but in this instance with both cars suffering extensive damage, one of which we had to retire, there was really no way back.

“As a team we will sit down and have the necessary discussions, as the move Yuki made was not the best and needs to be avoided.

“In parallel, the guys will be flat out getting the cars repaired and ensuring we are as prepared as humanly possible for the next race.”