Alonso: Leclerc should have been penalised for weaving 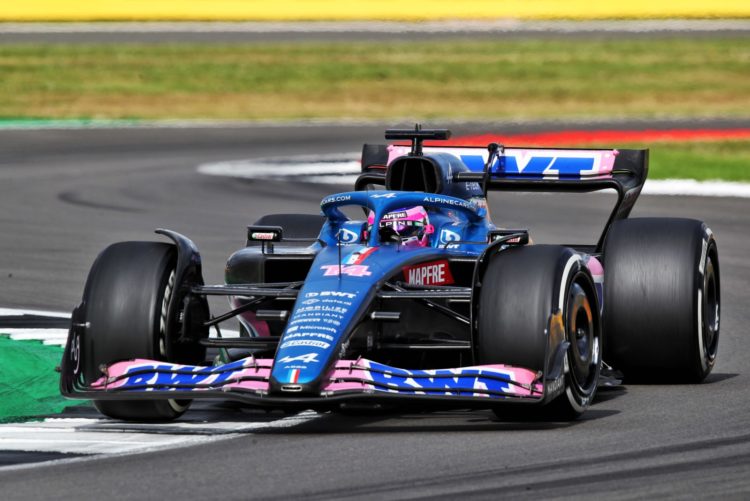 Fernando Alonso believes he should have been promoted to fourth at the British Grand Prix after querying why Charles Leclerc was not penalised.

Alonso was on the back of the battle for second place during the closing stages at Silverstone, having undercut Lando Norris during the safety car period.

Alonso ultimately classified fifth, a second behind Leclerc, but suggested the Ferrari driver had weaved while defending against Lewis Hamilton.

Alpine driver Alonso was given a five-second penalty following the previous race in Canada after he was judged to have weaved while defending against Valtteri Bottas.

“It was a fun race and we are happy to finish in fifth position,” he said.

“I was hoping there would be some drama at the end, and we might have sneaked a podium with all of the action, but it was fun to be fighting amongst it inside the top five places.

“I think our final position should realistically be fourth because I saw Charles weaving three or four times in front of Lewis in the back straight and, I moved once in Canada and I have five seconds penalty, I guess it’s not allowed and should be a penalty.”

No incidents of note were made by the stewards regarding Leclerc’s alleged actions.

Alonso was nonetheless encouraged by the level of performance Alpine was able to show from its upgraded A522.

“I think the car was very good and I felt more competitive than in any other races so far this season,” he said.

“We executed our race very well and showed consistent pace. I’m expecting us to keep this up and hopefully maintain our competitiveness again over the next few races.

“We knew for McLaren it would be one of their best circuits and we were matching them well.”