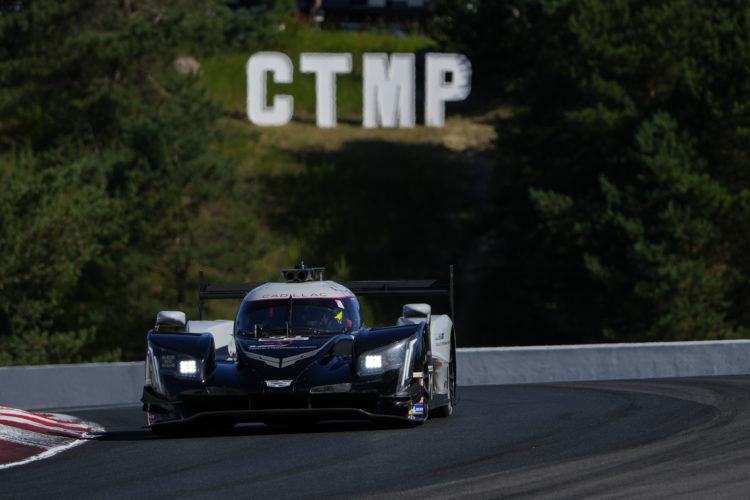 The Chevrolet Grand Prix at Canadian Tire Motorsports Park saw Renger Van der Zande and Sebastian Bourdais in the #01 Chip Ganassi Cadillac find their way around pole sitter Tom Blomqvist and Oliver Jarvis in their #60 Meyer Shank Acura ARX-05 with a beautiful pass through traffic in the final minutes of the race.

It was all Acuras yesterday in qualifying as the championship rivals in the #60 and #10 Konicia Minolta Acura ARX-05 locked out the front row for the second week in a row. Both were looking to all but secure their DPi championship hopes with only two races left for the class.

The #10 had a day to forget however, marred by a tire failure early in the race that sent the car to an early pit stop. Later in the day Ricky Taylor found himself involved in three separate collisions with other DPi machines, the last two taking him out of contention for the lead all together and at the back of the DPi class when the checkered flag flew.

Renger Van der Zande took the stick of the #01 from Bourdais about an hour into the race and the Dutchman was on a mission from the start. A battle with Taylor right out of the pits put him in position to fight Jarvis for the lead, and he remained a thorn in the #60 teams side for the rest of the race, eventually passing them for the lead with less than 10 minutes to go.

The #31 Whelen Engineering Racing Cadillac and the #5 JDC-Millar Cadillac were in the mix as well , both inheriting the lead at one point. But despite a few close moves, neither had the pace to fight the storming Acuras or Van Der Zande, the #31 ended in P3 and the #5 in P5.

The other Cadillac factory entry also made their presence known often but ultimately not pleasantly. Under Earl Bamber the #02 incurred a penalty for a dodgy move on the #10 and seemingly ended their race. A full course yellow got them back in the mix, but Bamber was not able to capitalize on it, ending in P4.

LMP3 was quiet this week compared to their showing in Watkins Glen. Colin Braun and Jon Bennett took the victory in their #54 CORE Autosport machine, fighting pressure from the #36 Andretti Autosport entry throughout.

GTD Pro saw a dominate win from the home team #9 Pfaff Motorsports with drivers Matt Campbell and Mathieu Jaminet, who only ever faced real pressure from the #3 Corvette. GTD victory was enjoyed by Maxine Martine and Roman De Angelis in their #27 Heart Of Racing Aston Martin. The #27 fought off a late stage fight from Philip Ellis in the #57 Winward Racing Mercedes.