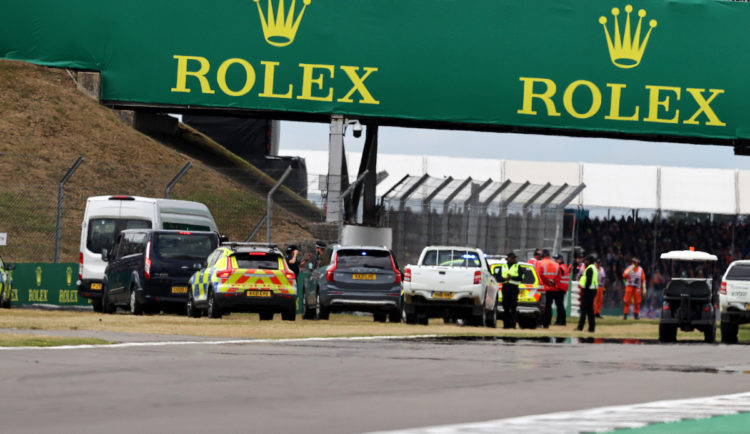 A group of protesters failed to reach their goal of disrupting the British Grand Prix, despite gaining access to the track during the race.

Five protesters from ‘Just Stop Oil’ gained access to the track during the opening lap of the race, however a red flag was thrown after a multi-car incident at Turn 1, which meant the race had already been neutralised before the protesters took their position on the Wellington Straight.

Marshals and security staff were able to crowd the protesters and begin removing them as the cars slowly drove past them on their way back to the pit lane.

Question marks will however be raised about how they gained access to the circuit, especially after Northamptonshire police warned that they had received intel that a protest was inevitable.

The FIA released a short statement acknowledging the incident, which wasn’t shown on TV: “After the red flag, several people attempted to enter the track. These people were immediately removed and the matter is now being dealt with by the local authorities.”