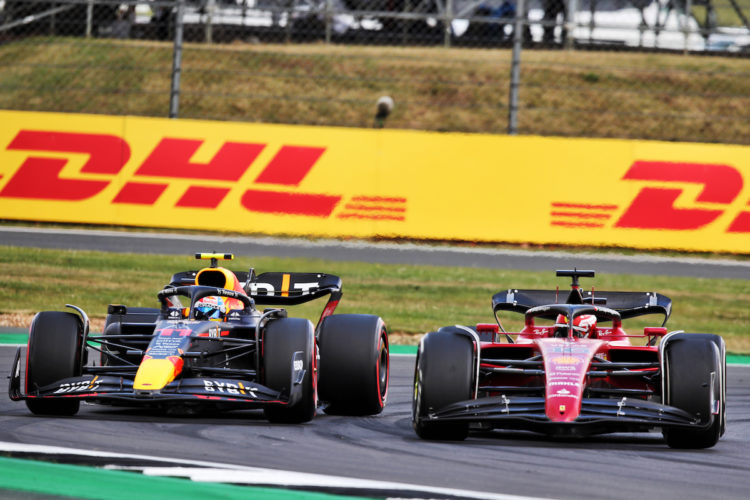 At the end of lap 45, Perez was attacking Charles Leclerc for second place, and attempted to move ahead of the Ferrari driver around the outside of Turn 16.

However, he cut the corner and stayed of Leclerc, while Mercedes’ Lewis Hamilton capitalised and progressed ahead of both Perez and Leclerc.

Just a handful of corners later, Perez overtook Hamilton and pushed the seven-time World Champion off the track to take the position.

The stewards noted both of the incidents, but opted not to investigate the matter, meaning that Perez keeps his second-place result.

Hamilton crossed the line in third, with Leclerc having to settle for fourth after being shuffled back at the Safety Car restart on old, Hard tyres.

The stewards also noted an incident between Max Verstappen and Mick Schumacher, as the duo battled for seventh place late on in the race.

However, like the previous ruling, the stewards have opted not to investigate Verstappen for his racing discipline.