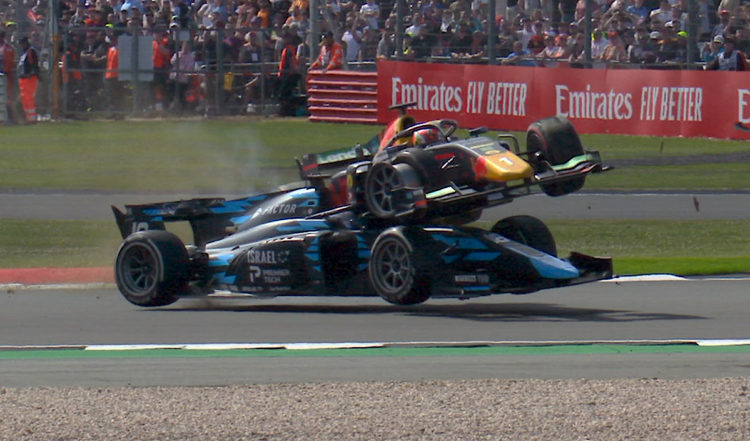 The Halo has once again been praised for its existence in Formula 2, following a horror crash on Sunday at Silverstone.

The safety car made an appearance on the opening lap of the feature race after contact between DAMS’ Roy Nissany and Prema’s Dennis Hauger.

The pair were battling over position when Nissany forced his rival wide at the entry to Vale, which meant Dennis ran across the grass before skipping over a ‘sausage’ kerb, which launched his DAMS into the air, straight into the path of Nissany.

Nissany’s halo made direct contact with the side of Hauger’s F2 car, potentially saving his life, or at least serious injury.

The halo, which was unpopular when it was unveiled in response to multiple fatal incidents, has proven its worth on a number of occasions.

Motorsport fans on social media were full of praise for the life saving device, but questioned the safety of sausage kerbs, which have caused a number of violent crashes.