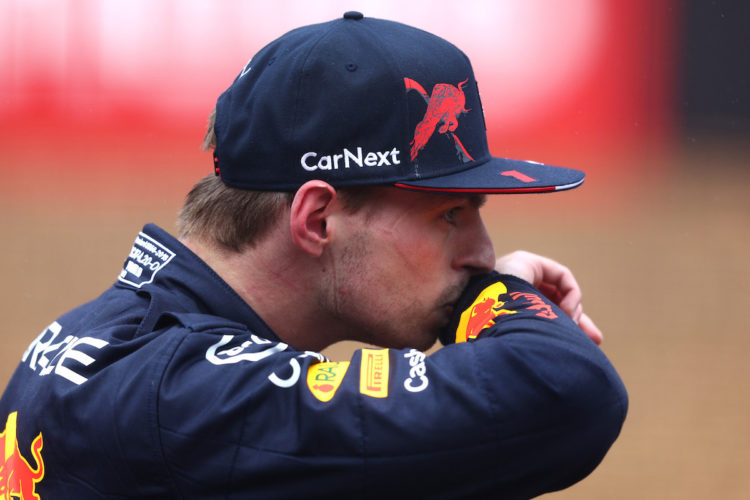 Max Verstappen says that he has no issue with being booed by the crowd at Silverstone after he received jeers on Saturday.

Following the qualifying session ahead of the British Grand Prix, Verstappen was booed heavily by fans at the track as he stepped up to be interviewed.

Verstappen was involved in a close and intense title fight with British driver Lewis Hamilton last year, with the duo colliding on a number of occasions throughout the campaign.

The season ended with a controversial Safety Car restart in Abu Dhabi that saw Verstappen overtake Hamilton on the final lap to win the title.

Hamilton, who is the local favourite at Silverstone, condemned the booing crowd, while Mercedes team boss Toto Wolff also stated that it was not right.

However, Verstappen says that he is not bothered by the crowd’s attitude.

“It was a bit disappointing because I couldn’t really understand Billy [Monger, who conducted post-qualifying interviews], and it was a bit of a problem,” Verstappen said.

“But the rest, if they want to boo, they do that. For me, it’s not going to change anything. I’m happy to always be here.

“It’s a great track, it’s a great atmosphere in general. Maybe some of them don’t like me, but that’s fine. They all have their own opinions, but I don’t care.”

Previewing the race, Verstappen said: “I think it’s going to be good. The car was very nice in FP3, better balance than FP2. That’s of course important that you find that right balance.

“Tomorrow is a bit of a question mark, the track will probably be quite green because of the rain, how the tyres are going to last. But I have good confidence that our confidence should be quick.

“I’m happy for Carlos to take his first pole position. The whole year, we’ve ben battling and it’s so tight all the time, every single qualifying or in the race. I hope we can have a fun race.”