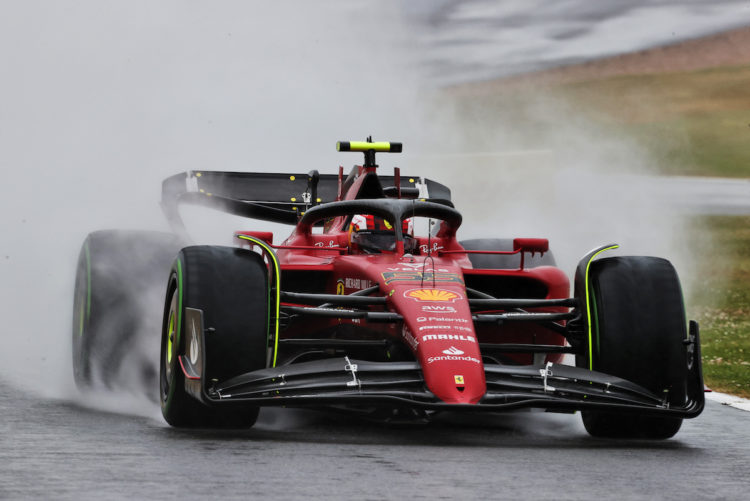 After qualifying at the Silverstone Circuit ended on Saturday, Carlos Sainz expressed surprise over team radio that he had taken pole position.

It marked the first time in his Formula 1 career – which began in 2015 – that the Spaniard has ended qualifying as the fastest driver.

The 27-year-old says that there was a handful of things that went wrong during his fastest lap, leading to amazement that he had set the fastest lap of the session.

“I had no idea where I was going to qualify because the conditions were so changeable that I didn’t even know what was the lap time to beat in Q3,” Sainz said.

“I didn’t know what lap time I had to do on that lap to go pole. It didn’t feel amazing because I did a small mistake in Turn 3 which threw me out of line into Turn 4.

“Then I remember going through the high speed and thinking ‘maybe I should’ve pushed a bit more’. Then running out of battery into [Turns] 15 and 16, I said ‘I have the lap on the board’.

“Through the corners it was not bad but missing the battery and everything in the last straights, I was convinced that it was not going to be enough.

“But then it turned out to be enough and I was pretty happy to hear that. That’s what I meant with the lap wasn’t perfect, because of these couple of things.”

Sainz is also awaiting his first grand prix victory, and doing so on Sunday would place him second on the list of most races before a first win, behind Sergio Perez.

Having endured a largely difficult 2022 campaign up to now, Sainz is confident that he has the pace to take home his maiden victory.

“I think we’ve been quick in every race this year so there’s no reason to believe that we shouldn’t be quick enough,” he said.

“It’s true that the Red Bull is always as quick as us, sometimes quicker, sometimes a tenth slower. But in the end, those races where it is so tight, it’s won by the details.

“What we need to focus on is getting the details right with the strategy, the tyres, the management.

“If we get these things right, if we have track position, we should try and stay ahead. I think working well together, we can beat the two Red Bulls.”