Russell ‘on the backfoot’ but confident over race pace 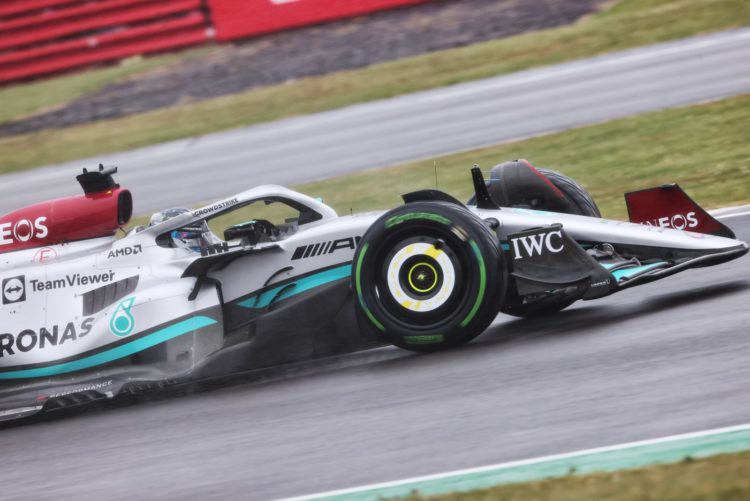 George Russell believes Mercedes can fight Red Bull and Ferrari in race trim but conceded his grid position will hamper his prospects.

Mercedes was in the mix during final practice at Silverstone but Russell wound up only eighth during the rain-hit qualifying session.

“In Q1 I was feeling really well in the car, very confident but in Q2, it felt slightly worse and then in Q3, I struggled for confidence in the car, made a mistake and it was tough to recover from there,” said Russell.

“It was tricky for everyone out there but I’m slightly disappointed we didn’t have a better qualifying session, we didn’t expect to fight for pole but more was possible.

“In FP3 we looked very strong with good pace in the dry and we felt like we made good progress.

“We know that we have a much faster race car than qualifying so let’s see what we can do tomorrow, starting P8 puts us on the back foot so we need to get through those midfield cars as quickly as possible.

“In the dry and in race pace, we feel we have a car than fight Red Bull and Ferrari so we’ll be giving it everything tomorrow.”