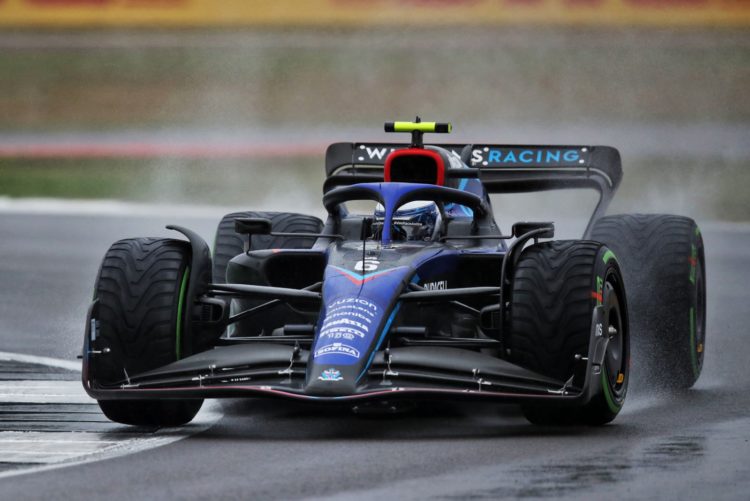 Nicholas Latifi lauded “a very special day” for he and Williams but cautioned that the squad has to be realistic over its race prospects at Silverstone.

Latifi scraped through into Q2 at the expense of team-mate Alexander Albon and then crept into the top 10 during the early stages of the second knockout segment.

Worsening conditions during Q2 meant no-one was able to improve, sealing a Q3 spot for Latifi for the first time in his Formula 1 career.

It also marked Williams’ first Q3 appearance of the season.

“A very special day in tricky condition,” he said. “To get through to Q2 was a great achievement and a nice confidence boost, and then Q3 was more than we could’ve hoped for.

“Straight out of the pits things felt good and I was getting into a rhythm. The team did a great job in Q1 and Q2 of putting me in the right place on the track when I needed to.

“We saw how important that was for Q2 getting that lap in at the right time before the track got worse with the weather.”

Latifi is one of only two drivers yet to score a point this year and emphasised that remaining in the top half of the field is unlikely.

“We have to be realistic going in tomorrow as we’re out of position with faster cars being behind us,” he said.

“We need to be very strategic in how we approach the race. It’ll be a race of attrition with how we manage the tyres.

“Anything is possible so we’ll focus on our own race and maximise any opportunities that may come our way.”