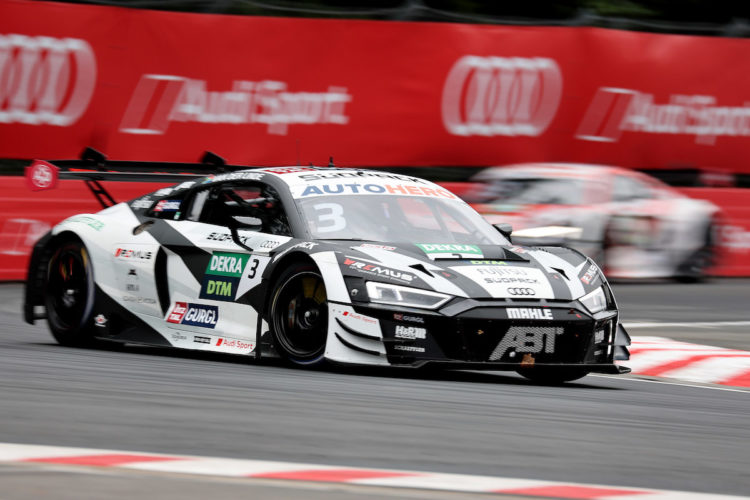 Kelvin van der Linde put his Team ABT Audi R8 LMS EVO II on pole for DTM’s first race of the weekend at the Norisring, in the new grouped qualifying format unique to this weekend.

The South African set a 49.236 to go fastest, beating out  Kus Team Bernhard Porsche’s Thomas Preining, who was fastest in the first qualifying group, by 0.016. Ayhancan Guven will start third, with the Turkish driver filling in for regular driver Nick Cassidy at Red Bull AlphaTauri AF Corse.

Championship leader Sheldon van der Linde could only manage 22nd out of a 27-car field, giving himself lots of work to do in the race if he wants to maintain his lead over Bortolotti.