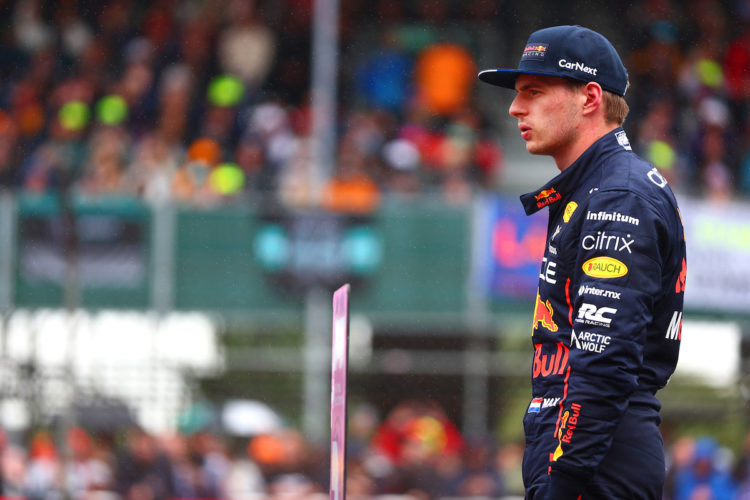 Verstappen was involved in an intense title fight with Hamilton in 2021, and won out at the finale in Abu Dhabi in controversial circumstances.

As the reigning World Champion stepped up to be interviewed after Saturday’s qualifying session, he received jeers from the onlooking fans – an action that Hamilton has condemned.

“We’re better than that so I would say we don’t need to boo but we have such great fans and they feel emotions,” Hamilton said.

“I don’t agree with booing, we should be here pushing everybody and it doesn’t make any difference if they have already made a mistake or whatever it is.

“I really appreciate the fans I have here and maybe some are still feeling the pain from last year still.”

Mercedes team boss Toto Wolff also asserted that booing a driver is the wrong attitude to take, stating that it is “unsportsmanlike” conduct.

“I think we shouldn’t be seeing any booing in any sports,” he said. “I think that’s unsportsmanlike.

“It’s clear we love the support the drivers have here and the enthusiasm, that’s fantastic. But if you are not into the other guys I think it’s best to remain silent.

“I think that’s the best way. The booing, I think none of the drivers deserve booing, no matter what happened last year.”

While Wolff acknowledged that F1 is keen to create emotions, he says that actively booing a driver “goes a step further”.

“I think if you try to see the positives, that people are very emotional about drivers and characters,” he added.

“We want to create emotions, rather than if you are not emotionally engaged. So that’s on the upside. But having said that, the booing goes a step further.

“If you imagine yourself standing out there and giving an interview or while being on the podium, being booed is abusive.

“Being emotional in a sport that is controversial because you are a fan and not a fan of one or the other drivers, that’s good. But there’s a certain limit that we shouldn’t overstep.”