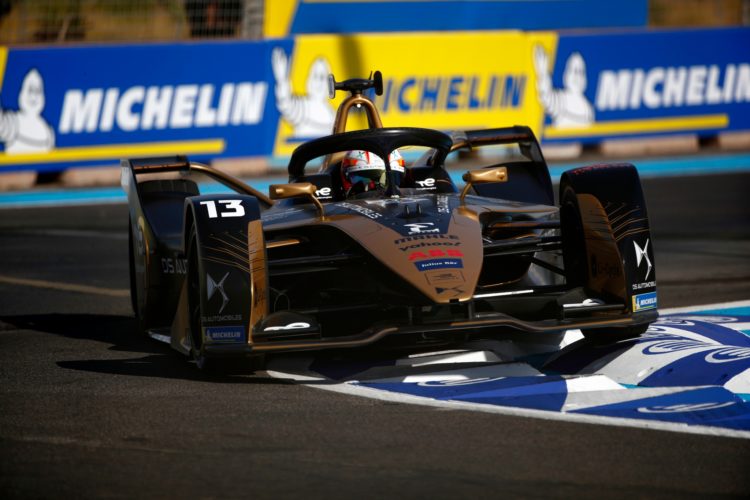 Antonio Felix da Costa was fastest in Formula E qualifying for the Marrakesh E-Prix, beating out championship challenger Edoardo Mortara in the final duel, with the Swiss driver starting second on the grid for the race.

Jean-Eric Vergne will start third, with the French double Formula E champion being eliminated in the semi final duel by his DS Techeetah teammate. However, as his teammate beat Mortara, the Venturi driver did not score three points for pole to move ahead of Vergne in the championship standings.

Pascal Wehrlein qualified fourth for Porsche, while Jake Dennis was fifth quickest for Andretti. Mitch Evans could only manage sixth and will need to make progress in the race to ensure he doesn’t lose sight of the championship lead over Mortara and Vergne.

Andretti’s Oliver Askew and Envision’s Nick Cassidy will start seventh and eighth, the two slowest drivers in the duels.

Nyck de Vries and Lucas di Grassi, on the other hand, just missed out on the duels and will start ninth and tenth.

In what may have crucial permutations for the championship, title leader Stoffel Vandoorne had brake issues and was slowest in the first group qualifying session, locking up regularly throughout his final lap. He’ll start 20th, slowest of anyone in qualifying.

The race begins 5pm local time, the same time as in Marrakesh.