Vettel to run Williams FW14B at Silverstone with carbon-neutral fuel 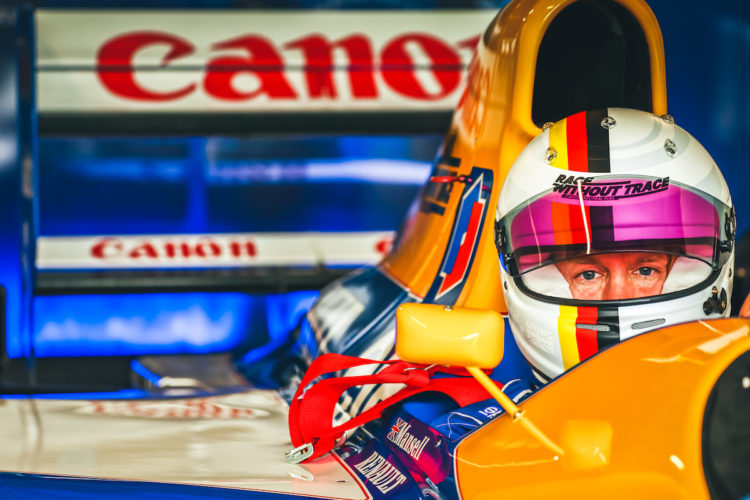 Sebastian Vettel will take the Williams FW14B car to the Silverstone Circuit on Sunday, 30 years after the car won the 1992 Drivers’ Championship with Nigel Mansell.

The car is privately owned by Vettel, who purchased it a number of years ago.

The FW14B is considered to be one of the most historic and iconic cars in F1 history, and was streaks ahead of its competition in 1992.

It was designed by a team that consisted of Adrian Newey, who spearheaded the construction of Vettel’s four championship-winning cars at Red Bull from 2010 to 2013.

Vettel will run the car on carbon-neutral fuel, as he is keen to enjoy his outing in a “responsible” manner.

“It was my idea, my initiative and you know, I thought 30 years after it won the championship in 1992, but it also won the British Grand Prix 30 years ago,” Vettel said.

“It’s a great idea. But I also thought we have to do it in a responsible way.

“So I’m using carbon-neutral fuels on Sunday to demonstrate that we can still hang on to our history and heritage and culture in motorsport, but do it in a more responsible way.

“I’m very much looking forward to drive the car for the first time, and to hear the car. I think a lot of people will share the joy with me.”

The car bears the number five on it, which has been Vettel’s permanent race number since 2015.

However, it is also the number that Mansell used when he won his Drivers’ Championship 30 years ago.

“I bought the car some years ago, I think four years ago,” Vettel said. “The red five is the car from 1992, and that means a bit more than just the car from the from 30 years ago.

“Obviously, I’ve got the number five on my car, I won my first championship with a red five.

“Even if it was a little bit smaller on our car back then, but still it was number five. I was wearing number five in karting quite a lot.

“And I’m having number five now, so there’s a link there. And I think the early 90s is the sort of… memories that I have from Formula 1, the first sort of memories, that car and the years after.”