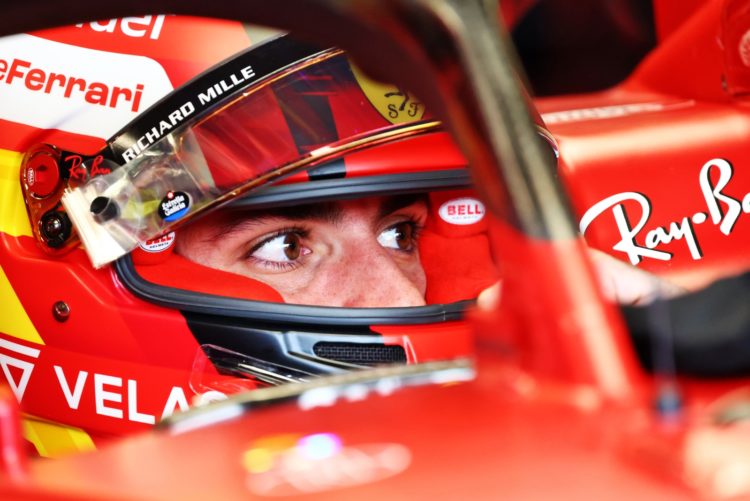 Sainz went fastest for Ferrari on his first Soft tyre push lap despite running wide through the exit of Copse, before improving moments later, clocking a time of 1:28.942s.

Hamilton carried out his Soft tyre run slightly later than the other front-runners but wound up just 0.163s off the pace at a circuit where he has triumphed on eight occasions.

Lando Norris was third for McLaren as the team put in its most competitive showing since its Imola podium.

World Champion and runaway points leader Max Verstappen was fourth fastest for Red Bull but was only 0.207s off frontrunner Sainz.

Charles Leclerc, who was fastest on the Medium tyres, finished fifth for Ferrari.

Fernando Alonso was sixth in the upgraded Alpine, ahead of Red Bull’s Sergio Perez and Mercedes’ George Russell, who was unable to replicate the pace of team-mate Hamilton.

Daniel Ricciardo was a low-key ninth for McLaren while Lance Stroll rounded out the top 10 for Aston Martin, exactly one second behind Sainz.

AlphaTauri and Haas had relatively subdued showings with Yuki Tsunoda fronting Kevin Magnussen, Pierre Gasly and Mick Schumacher, with the Frenchman complaining of a lack of grip.

Nicholas Latifi, still running the old-spec Williams, was adrift of the midfield in last spot.