Red Bull ‘miles off’, says Perez, but sure of turnaround 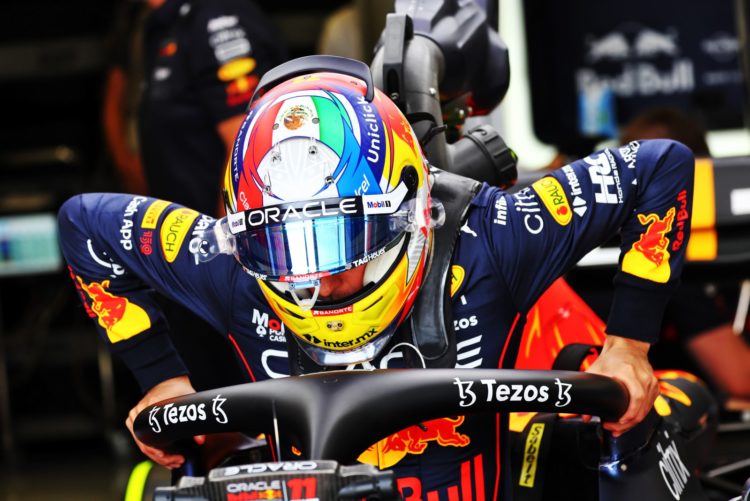 Sergio Perez says Red Bull’s RB18 is “miles off” at Silverstone but expressed confidence that the squad can turn around its prospects.

Red Bull has won the last six races with Max Verstappen and Perez entering the British GP weekend first and second in the standings.

“It wasn’t a great session today. I think from our preparation that we had, and simulator, the car is miles off – so we assume that there’s something going on that we need to understand,” he said.

“We are a bit on the back foot, so we just have to understand what’s going on with it.

“We do have, I think, there are some suspicious on the aerodynamic side but yes, obviously, we cannot go too much into detail.

“I mean Ferrari look strong, but nothing too special, so I hope we are able to match them tomorrow come quali.”

Team-mate Verstappen was two-tenths off the pace in fourth spot and cut a more upbeat figure.

“I mean it’s always a bit tricky after not driving in FP1 for everyone, and then FP2 becomes of course a lot more of a bit of guessing, let’s say it like that, where normally in FP1 you just build it up,” he said.

“It was maybe not ideal but also not a big issue, so I think we know what we have to work on and that’s what we’ll try to do overnight, but again tomorrow probably it’s raining so we have again different type of conditions. But it was OK.”