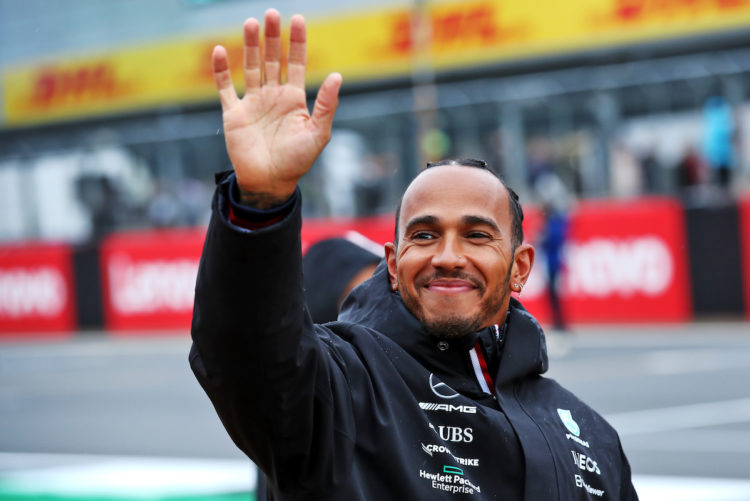 The F1 community has shown its support for Hamilton in the past week after an old interview with Nelson Piquet surfaced, in which he allegedly used a racist remark toward Hamilton.

Piquet issued an apology to the Mercedes driver, but asserted that the word he used isn’t considered racist in his home country of Brazil.

Hamilton, who has been outspoken on matters such as racism and equality over the last couple of years, is keen to see people “more representative of today’s time” have a platform to speak.

“I’m incredibly grateful to all those that have been supportive within the sport, particularly the drivers,” Hamilton said ahead of the British Grand Prix weekend.

“It’s been two years since many of us took the knee at the first race in Austria [in 2020], and of course we are still faced with the challenges.

“I’ve been on the receiving end of racism and criticism and that negativity and archaic narratives for a long, long time – and undertones of discrimination – so there’s nothing really particularly new for me.

“It’s more about the bigger picture. I don’t know why we are continuing to give these older voices a platform, because they’re speaking upon our sport and we’re looking to go somewhere completely different.

“And it’s not representative I think of who we are as a sport now and where we’re planning to go.

“If we’re looking to grow in the US and other countries, South Africa, and grow our audience we need to be looking to the future and giving younger people a platform that are more representative of today’s time, to who we are trying to be and the direction that we are going.”

Hamilton has also criticised the knee-jerk reactions undertaken by organisations, believing that releasing a statement of solidarity is not enough to solve the issue.

“It’s now a knee-jerk reaction really from companies all around the world,” he said. “When something like this happens – I’m not saying that do – but you have got to imagine that everyone’s PR agency or PR people have already got a script ready for something like that.

“It comes down to F1, to the media, we should not be giving these people a platform.

“These old voices, whether they’re subconscious or consciously do not agree that people like me – for example – should be in a sport like this, do not think that women should be here…

“Discrimination is not something we should be projecting and promoting, and giving a platform that can divide people.”

Hamilton has set up a Mission 44 foundation which aims to support people from underrepresented groups in the UK.

His Mercedes team has also launched the Accelerate 25 in a bid to improve team diversity over the next five years.