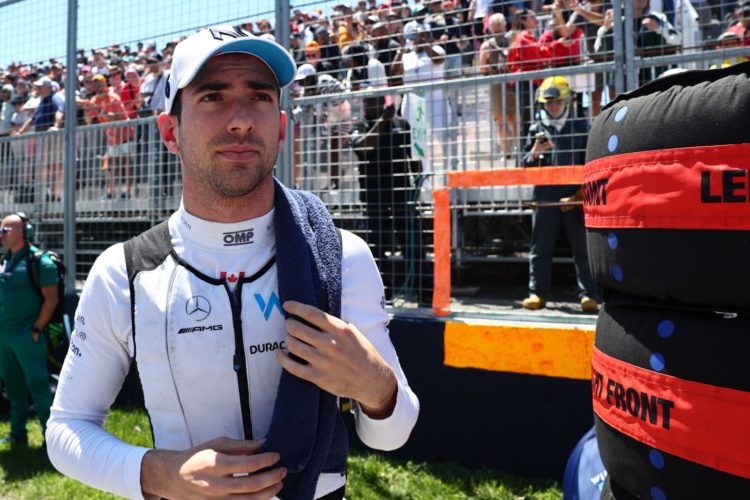 Nicholas Latifi will have to wait at least another two grands prix before he receives Williams’ sizeable update package.

Williams is introducing an overhauled package for this weekend’s British Grand Prix, understood to be inspired by Red Bull’s design philosophy, as it bids to hone in on the midfield.

The updated FW44 will only be available for Alexander Albon, who has scored all of Williams’ three points earned so far in 2022.

Williams is not expected to ready the updated FW44 for Latifi until the French round later this month.

“This is the race where we’ll bring our first major upgrade package of the year which is something we’ve been very patiently waiting for,” said Latifi.

“The car’s going to look pretty different to the one we’ve been using so far and it will be interesting to see how it shapes up.

“Unfortunately, I won’t have the upgrade on my car for probably another couple of races. I’m expecting to see it in France – if all goes well.

“I’ll be keeping a keen eye on it to see what it brings. There’s always little niggles when you bring an upgrade to the track, but it’s fair to say we’re all hoping they can be overcome quickly and that our new look will help us to close the gap.”

Latifi says he expects the weekend to be challenging due to his predicament and only Albon receiving the upgrade.

“From my side of the garage, I’ll be getting on with the weekend as normal,” he said. “The tricky thing is I’ve now lost the one main reference that I have because Alex won’t be driving an identical car to me.

“And the fact that we have the slowest car on the grid already won’t make my job any easier. But that’s the hand we’ve been dealt so we just get on with the job.

“In the performance stakes, I’m not really expecting anything too different from the previous races this season.”