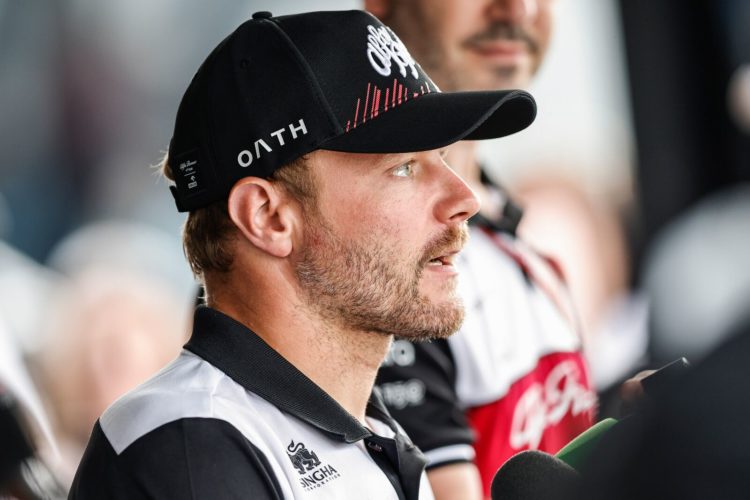 Valtteri Bottas believes Alfa Romeo can target fourth in the championship after the progress that it has made in Formula 1 this year.

Alfa Romeo slumped to ninth in last season’s standings, and struggled to contend for points, but has made strides this year to be a firm contender in the midfield.

It enters this weekend’s British Grand Prix sixth in the pecking order, 14 points behind fourth-placed McLaren, with Alpine also in the mix.

“If I compare from pre-season testing to now, it is a massive difference,” Bottas said on the situation at Alfa Romeo.

“Once we realised we actually have a car that would allow us to score points with both cars, like in the first race, that was like a big boost in terms of motivating people.

“You could see people willing to go the extra mile to aim forward, instead of falling backwards. It’s been really enjoyable to see.

“I think P4 is a good target for us, we should try to get ahead of Alpine, which I thing, for us, it’s a realistic target.

“To achieve that we should be hopefully scoring in each race and if that’s with both cars then that’s a good thing.”

Bottas is also hopeful that Alfa Romeo can hit the ground running at Silverstone due to not needing to run experimental components in practice.

“It definitively gives you a bit more comfort,” he said. “When you know, on Friday or Saturday, that you have only one new spec floor or rear wing, you can’t take that much risks.

“Also, for the set-up work, it definitively makes things easier that we can have the same car spec from FP1 to the race, because when you change fundamental things like the diffuser, that for us was a big step forward, that always changes things a bit.”