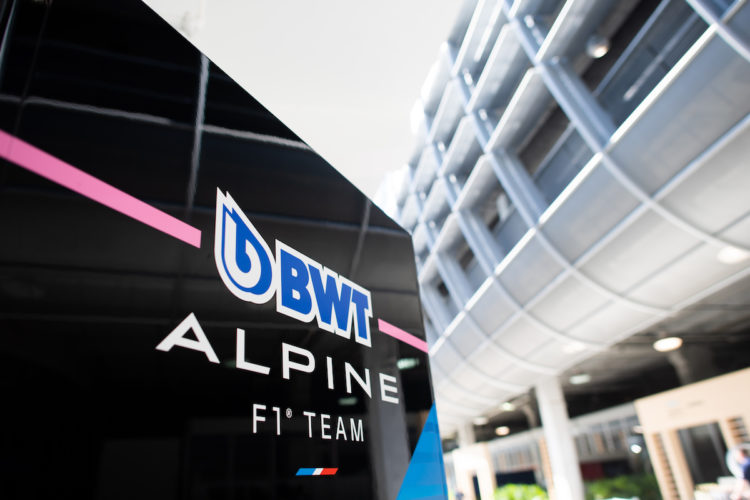 Alpine has announced the launch of its ‘Rac(H)er’ programme, which aims to increase female representation in the company throughout all sectors.

This includes direct changes to its own driver roster, and forms part of the Renault Group’s long-term goal outlined in the 2021 ‘Renaulution strategic plan’.

The team says that females currently make up just 12 per cent of the company’s workforce, while its F1 team has just 10 per cent of female representation.

The programme will start with investment in local STEM (Science, technology, engineering and mathematics) programmes, encouraging women to pursue careers in those fields.

In five years’ time, Alpine aims to see 30 per cent of its workforce being made up of females, as it pledges to recruit trainees and graduates on a 50-50 basis between males and females.

Although it is looking to increase diversity across all its sectors, Alpine has outlined that it is keen to encourage female drivers and pledges to “identify, from an early age, young female karters who want to enter Formula 1”.

The team also says that it will conduct scientific studies to identify ideal training methods for young female drivers in an effort to bring them to F1.

As part of this plan, “substantial resources will be allocated to the realisation of this programme to give women drivers the same chances to succeed as the greatest champions trained by the Academy and thus to move from karting to F4, then from regional championships to F3 and finally from F2 to F1”.

Laurent Rossi, Alpine CEO, said of the programme: “Our role, as a Formula 1 team and a brand of the Renault Group is to commit to making our ecosystem more inclusive and making diversity our strength.

“We are aware of the need for a profound transformation of both the sport and the industry so that all talents can flourish in the future.

“By launching Rac(H)er, this long-term transformation programme, we hope to be joined by all the players in the sector, because it is only by uniting that we will be able to make real progress. And that would be our real success.”