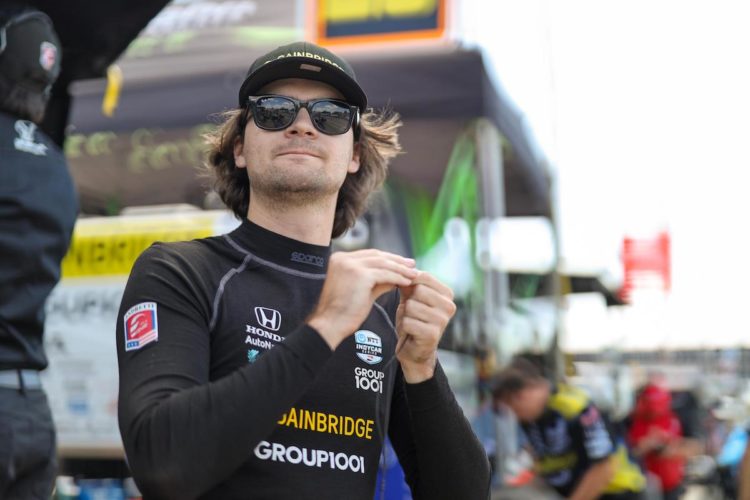 McLaren’s Lando Norris has backed Colton Herta to prevail in Formula 1, should the American driver make the switch in the future.

Herta has been linked with a move to F1 going forward amid interest from Michael Andretti, who is looking to form a team on the grid.

Andretti’s push to expand his racing operations to F1 has been met with initial apprehension from some other teams, who remain cautious over the entry’s value to the sport.

Andretti has previously asserted that should his team make it onto the F1 grid, Herta would be a favourite to take on one of the seats.

Herta is currently competing in his fourth full season of IndyCar racing, taking seven race wins and 10 podiums during his career so far.

While Norris acknowledges that Herta would have to undergo a period of adapting to a new formula, he believes that the California-born driver has the talent to succeed.

“I was his team-mate back in 2015 [in the MSA Formula Championship] and we have a lot of great memories together,” Norris said.

“I know how good a driver he is. And I think he’s showing that in IndyCar at the minute.

“So I think it’s different driving styles, I think he would have to adapt. He’s not been known maybe to be a tyre lover.

“I think that’s something you would have to get used to when he comes and drives on Pirellis. But apart from that, you know, he’s got a lot of talent.

“He’s a lovely guy, hard worker as well. He’s very suited to be able to perform at the level you need to be in Formula 1.”

F1 has had 20 cars on the grid since the 2017 campaign, but Norris has provided support for expanding that number with the addition of more manufacturers.

“I think that’s what it used to be a few years ago when I kind of grew up watching Formula 1.

“I think that’s great. More opportunities, I guess, for people to get into Formula 1 too and if it’s for someone like Colton, then it’s fully deserved.”