by Josh Disborough
A A
1 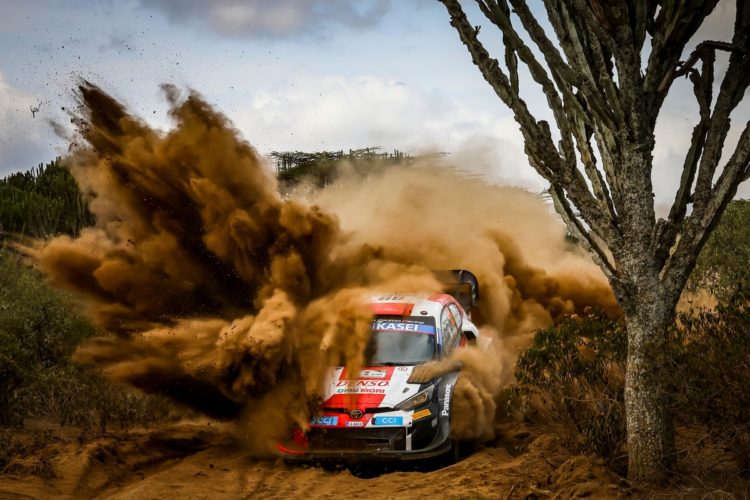 Kalle Rovanpera finished off a dominant rally to extend his championship lead by 65 points over Thierry Neuville.

The Finn led home the quartet of Toyotas in what was an extremely tough event for all teams involved. Elfyn Evans would secure his second, second place as he did not take any risks to bring home the result. Takamoto Katsuta produced another fine performance to finish third.

The final day started a little quieter on the stage front as SS14 was red-flagged before the main WRC field could get through. Oliver Solberg had stopped on the stage and was blocking the road due to his car taking in a load of sand. He managed to get it going again luckily but for the other crews, the day would get started on SS15.

Kalle Rovanpera would duly stretch his lead by 7.3s over his teammate Elfyn Evans. The Finn would take the stage win to further stamp his authority on the timesheets. Takamoto Katsuta followed Evans but was 1m 42.6s back from the overall leader. Ogier kept fourth with no major in-roads into the 3rd placed Toyota and Neuville would stay fifth.

Over the next two stages, Rovanpera would extend his lead to over a minute to Evans. Evans has been struggling with confidence in the terrain which meant he dropped time to Katsuta as well. The Japanese man was just over 37s with SS18 and the Wolf Power Stage to go.

A cruel rally claimed another victim after SS17, Ott Tanak had to retire from the rally with a power steering fault. The Safari Rally had claimed another car in what has been, an event where nearly all the competitors had run into some form of trouble.

Despite not reaching the top 5 in the Wolf Power Stage, Rovanpera completed his drive of a champion to win the Safari Rally from his teammates Elfyn Evans and Katsuta. Ogier completed a Toyota clean sweep with his fourth place. Neuville was the next driver but took the extra Power Stage points after finishing 0.8s ahead of Sebastien Loeb and Ogier.

Rovanpera now extends his lead to 65 pts in the championship as we head into the halfway point. Neuville sits in second on 80pts with Ott Tanak and Katsuta level on points with 62.

Next up we visit Estonia (14th-17th July) for only the third time in the series history. Ott Tanak will have plenty of support with his home fans cheering him on to hopefully the top step of the podium.