Report: F1 renews with ESPN for US broadcast rights 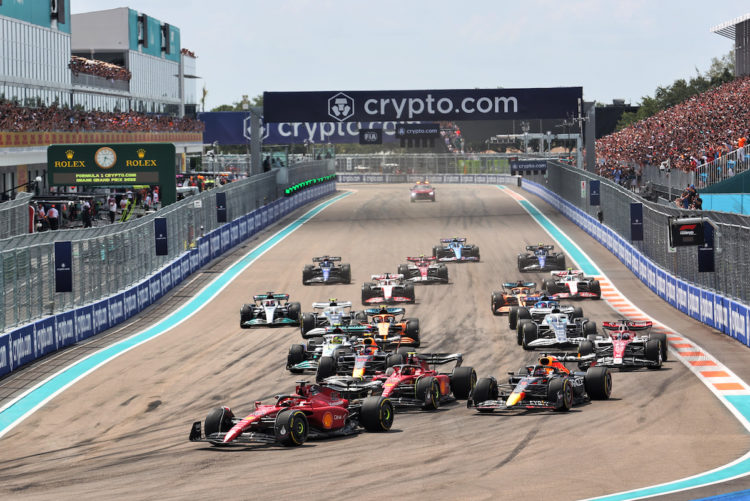 ESPN is set to continue broadcasting Formula 1 in the United States for the next three years after agreeing to a new deal.

Sports Business Journal reports that the contract is not yet signed, however rival bids from Amazon and Comcast were told that they are not going to be accepted.

According to the report, ESPN will undergo a substantial increase in what it pays for the rights, which is believed to be around $75 – 90 million per season.

It is believed that most of the races will be broadcast on either the ESPN or ABC television channels, however some grands prix are to be shown exclusively on ESPN+, the company’s streaming platform.

Sports Business Journal states that F1 wasn’t willing to commit to putting all of its races on a streaming platform just yet, with Netflix also having talks to take over the rights.

However, the streaming service giant’s bid in relation to money wasn’t close to competing with rival offers.

Amazon is said to have bid roughly $100m per year to obtain the right to sublicense to a linear broadcast network, while Comcast’s bid rivalled that of ESPN on money.

ESPN has broadcast F1 in the US since 2018, with NBC holding the rights prior to that.

The sport’s popularity in the country has boomed in recent years, with the Drive To Survive Netflix docu-series credited with introducing new fans to the sport.

F1 will race three times in the US in 2023, with Las Vegas joining the calendar alongside Austin and Miami, the latter of which hosted its first race weekend earlier this year.