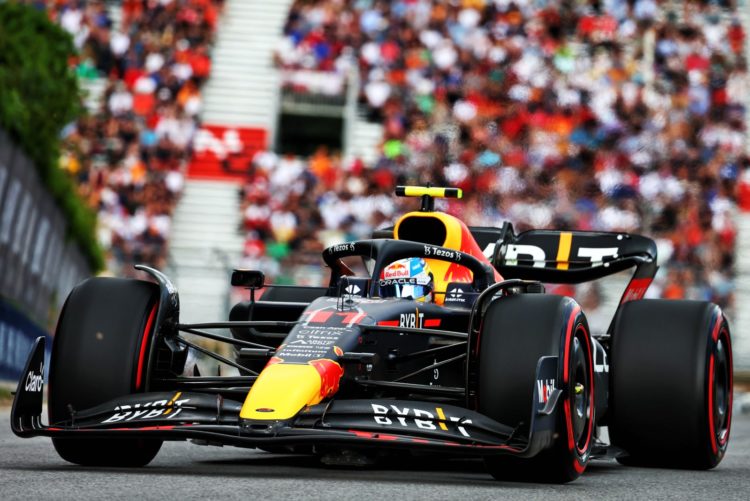 If you are a racing enthusiast and a sports fan and always looking at the latest sports news, why not integrate this into your next trip away. You could go and watch a Formula 1 grand prix whilst going on a holiday, combining both of them at the same time.

This can be especially handy if you are going away with the family. There are many great race circuits that are in or very near many major cities. Abu Dhabi is a wonderful place to go and it has a great track with family friendly facilities, while the Monaco GP is perfectly located if you want a relaxing break away on the French Riviera as well as watching the racing. Below we have put together a guide together, including both these grands prix as well as two more. Here are our four best places around the world to watch Formula 1 in 2023.

The first grand prix took place in Abu Dhabi in 2009. The Yas Marina race track  comes in at 5.554km in length with the drivers having to complete 58 laps of the track for full race distance. It’s a popular track that brings many tourists to Abu Dhabi each year. The circuit has some challenging aspects that the F1 drivers have to take on.

For spectators the straight between Turns 5 and 6 is the most exciting as this is where a lot of the overtaking moves take place. Ferrari’s indoor theme park is just next door to the track and on non-race days you can take a tour and watch up-and-coming racers practise on it.

The Miami Grand Prix is held on the Miami International Autodrome which is a temporary circuit built around the Hard Rock Stadium in Miami Gardens and is set to be held there for at least the next 10 years. We know it will be used in its current form for the 2023 Formula 1 event but changes may well be made in future. With this in mind, it has to be a place you visit if you are interested in F1. The track currently 5.412km in length with drivers having to complete 57 laps of the track for full race distance.

The current lap record is held by Max Verstappen who set the first lap record during this year’s inaugural race with a time of 1m 31.361s. Miami is a wonderful location for such an event with so much to see, do and of course, relax. Depending on budget, there are plenty of luxurious places to stay in Miami when visiting for the Grand Prix as well as more affordable ones.

The old A1 Ring was an exhilarating track when the first race took place in 1970 after a few attempts round the local Zeltweg airport in the 60’s. But sadly the race disappeared after 1987 only to be resurrected in around a shorter version of the track in 1997 which ran until 2003 when the contract was not renewed. Jump forward to 2014 and Red Bull’s owner Dietrich Mateschitz had bought the property and built an amazing new circuit called the Red Bull Ring.

The current record is held by Carlos Sainz who, in 2020, set a lap time of 1m 05.619s. It’s a shorter track than most other which means more laps around the 4.318km track are needed to complete race distance. It’s extremely picturesque and located in the Styrian Mountains. After the race, there are plenty of things to do in the area. A visit to the museum in Graz should be on the cards as well as taking an open bus tour to see the city. You’ll love hearing the sounds of the formula one cars whizzing around the track.

A trip to the French Riviera – how could this not be included in our list of places around the world to watch the Formula 1 in 2023. Monaco is one of the most popular tracks, due to its extremely wealthy and stunning location. The track is iconic but very short with its 3.337km circuit length. Just like the Red Bull Ring drivers need to complete 78 laps to consider completing full race distance. The track record for Monaco is held by Sir Lewis Hamilton who, in 2021, went around the streets of the Principality in a time of 1m 12.909s.

Once race day has been completed, take a walk along the track and then book into one of the terrasse bars. Accommodation at the Monaco GP can get expensive so make sure you are savvy with your booking and do your research before committing anywhere. Other things to do in Monaco include visiting the casinos, exploring the Japanese gardens and visiting the Oceanographic Museum of Monaco.

We love all four of these great tracks but you can’t go wrong visiting any of the others. They all offer their own unique experience with plenty of things going on around the areas they are based in. Make sure you do your research in the areas you are planning on staying in before booking and don’t forget to check the race dates. Prices will vary depending on how far in advance you book, the sooner you can get something booked, the more likely the prices will be more competitive.

That said, a deal can sometimes be found if you look hard enough.

Which Formula 1 track is your favourite and why? Have you visited or watched a Formula 1 race live on any of the tracks above? Is there anything you think should be added to the article that our readers could benefit from? Let us know in the comments box below.