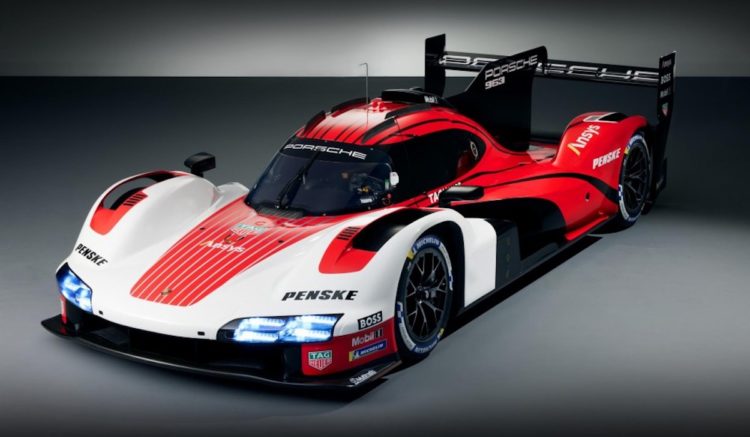 Porsche Motorsport has pulled the covers off of its WEC LMDh and IMSA challenger, which has been given the moniker 963.

The car made its official public debut at the Goodwood Festival of Speed on Friday, including a run up the famous hill, wearing a traditional red, white and black livery.

The car will make its on-track debut at the WEC season-concluding 8 Hours of Bahrain, where it will make a ‘non-competitive’ outing, allowed under the regulations.

For 2023 Porsche is preparing a four-car effort, with a pair of LMDh-spec prototypes set to compete full-time in both the FIA World Endurance Championship’s Hypercar class and the IMSA WeatherTech SportsCar Championship’s GTP class.

The roster will be completed by the addition of Penske Motorsport LMP2 regulars, Dane Cameron and Felipe Nasr.

The FIA WEC part of the effort will operate from premises in Mannheim, Germany, and will be led by General Manager Bernhard Demmer and Team Manager Francis Schammo.

The 963 chassis is supplied by Canadian high-tech company Multimatic. The engine, a 4.6-litre V8 bi-turbo, is based on Porsche’s high-performance 918 Spyder hybrid road car, with its DNA originating from the RS Spyder LMP2 racer, which, operated by Team Penske, enjoyed much success in the American Le Mans Series between 2005 and 2008. Bosch, Williams Advanced Engineering and Xtrac provide standard components of the hybrid system.

“I’m positive that we’ll be well-positioned when it comes to technology and we’ve also created the relevant team structures to set us up for wins in the thrilling competition between many manufacturers and different concepts.”