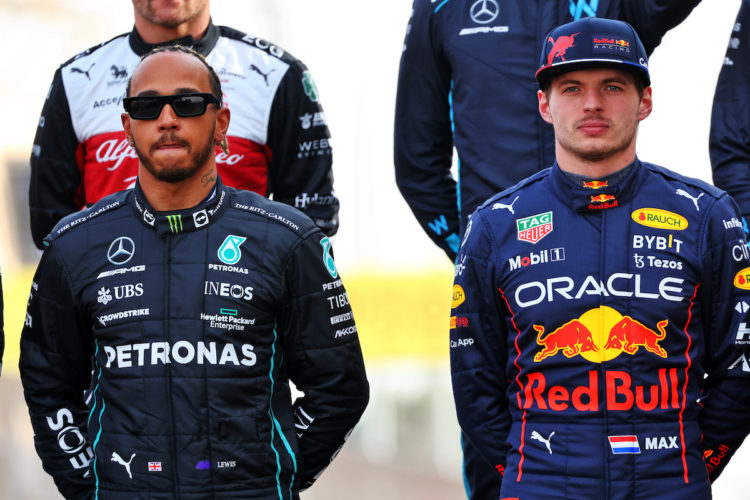 1997 Formula 1 World Champion Jacques Villeneuve has given his opinion on a major difference between Max Verstappen and Lewis Hamilton.

Villeneuve has questioned Hamilton’s motivation and desire amid a difficult season for Mercedes, who is yet to take a race victory in 2022.

Earlier this year at the Spanish Grand Prix, Hamilton was involved in a first-lap incident that dropped him to the back of the field, before he called on Mercedes to retire the car and save his engine.

However, the seven-time World Champion produced a strong recovery drive and crossed the line in fifth place.

Last time out in Canada, Hamilton displayed impressive pace during the grand prix and claimed his second podium of the result of the year, leading Villeneuve to question why Hamilton wasn’t this fast earlier in the campaign.

“[At the Spanish GP], he said, ‘Well, let’s stop, let’s save the engine’,” Villeneuve told the F1 Nation podcast.

“He didn’t want [to continue], and then ultimately got going and was competitive. So that’s I think the difference with Max from last year. Max is 100 per cent the whole time, Hamilton isn’t.

“But [in at the Canadian GP], he was in front of his team-mate. He could see the podium.

“Yes, he had extreme pace. Why didn’t he have this pace earlier in the season? Because obviously, the pace can be there.”

Hamilton is currently being beaten in the qualifying head-to-head battle with team-mate George Russell.

However, Hamilton got the better of Russell in Montreal, after the former Williams driver opted to gamble with slick weather tyres at the end of Q3.

Villeneuve believes that had he stuck with Intermediates, Russell once again would’ve ended the session ahead of Hamilton.

“He definitely had the pace [to out-qualify Hamilton],” Villeneuve said.

“Lewis still was dragging his arms on the ground a little bit. Lewis needs to have this start to go and get, to be at his 100 per cent form.

“And this year, you have the impression he’s not been driving to the maximum of his potential.”