Zarco: “I have to fight on the bike” 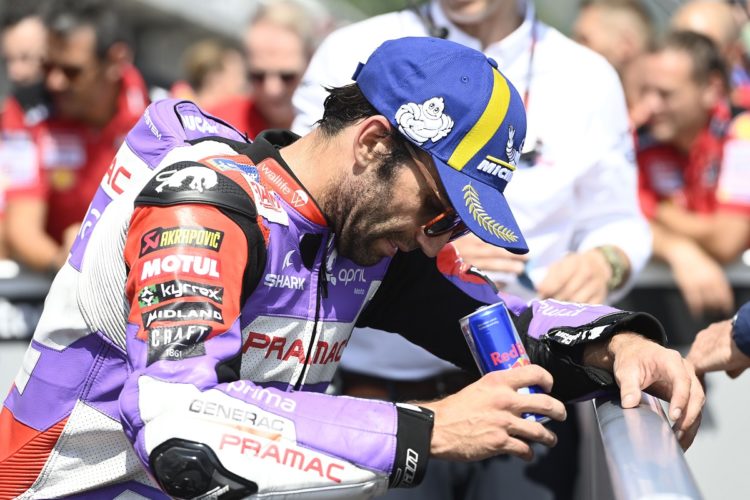 Johann Zarco is hoping Ducati can make gains with the user-friendliness of its Desmosedici after admitting he is still “having to fight the bike” to maintain a fast race pace.

The Pramac Ducati rider was the only man to get anywhere near runaway German Grand Prix victor Fabio Quartararo at the Sachsenring, the Frenchman remaining just over a second adrift of his countryman across the opening half of the contest before dropping to nearly five seconds adrift in the final stanza.

While admitting a lack of edge grip from his tyres in the latter part of the encounter was partly the reason for him dropping away from the Yamaha racer, Zarco rued the fact that he is still having to “fight” his machine in order to keep a competitive race rhythm, accepting he was struggling with his “left leg and shoulder” as a result of having to muscle around his Ducati.

“Germany is more difficult than Thailand or Malaysia, we don’t need to fly away for our holidays anymore if Germany will always be this hot!” joked Zarco.

“All the races are quite difficult at the moment because I can be fast on the Ducati but not super relaxed and enjoying every moment, I have to fight on the bike.

“I’m fast enough but if I can get it easier it would make the races much easier, here I was suffering with the left leg and shoulder because we were on the left side so much, there’s a moment when you lose the strength and that makes the situation harder.

“It doesn’t help that the layout is quite tricky, and the construction of the rear tyre also makes the job harder.”

Zarco added that he believed he could sustain a late race charge for victory at the Sachsenring after electing to use the hard compound rear tyre as opposed to Quartararo’s medium compound rubber, in theory giving him a grip advantage in the final laps – a strategy that failed to pay off in the Catalan GP two weeks prior.

Like in Barcelona the expected gain never materialised though and it was actually Zarco that began to run out of edge grip, though his blistering early race speed meant he had managed to craft a significant lead over the battle for third and therefore “control the race” to secure a fourth-straight top five finish, lifting himself into third in the riders standings as a consequence.

“It was a good race for me with a good start, it was useful overtaking Aleix (Espargaro) as I think this was the key point of the race for me,” continued the two-time Moto2 world champion.

“Then after Pecco (Bagnaia) crashed I was only one second behind Fabio (Quartararo) and I did my best to stay with him, I believed I could catch him because I had the hard rear and he had the medium.

“But after half-way I was struggling so much with edge grip and he got away, but thanks to the motivation of trying to stay with him I got a good advantage over third so these five seconds were useful to control the race and finish second.”