Rosberg: Russell’s pace will be ‘ultra-motivating’ for Hamilton 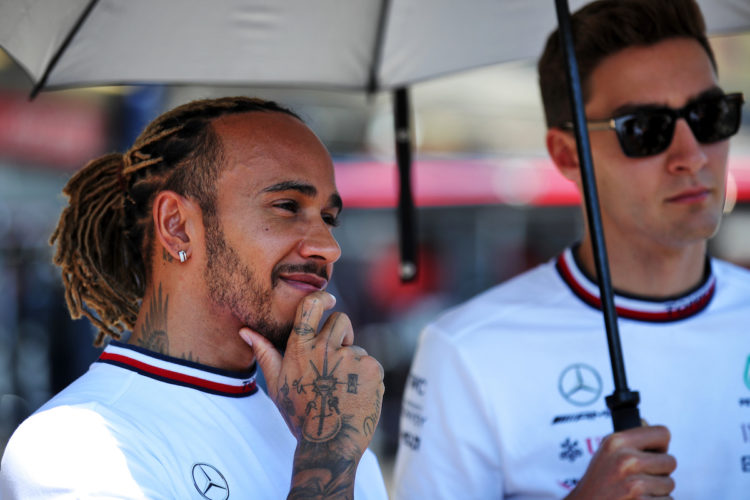 Lewis Hamilton will be “ultra-motivated” to uncover pace after being out-performed by George Russell in the opening stages of the 2022 Formula 1 season, according to Nico Rosberg.

Mercedes has struggled to start the new campaign competitively and is still awaiting its first win of the season.

Russell has joined Mercedes after spending three years at Williams, and currently heads Hamilton by 34 points in the Drivers’ standings.

Russell also has the upper hand in the qualifying head-to-head battle, having been the faster driver on Saturday on five occasions to Hamilton’s four.

Rosberg, who partnered Hamilton for four seasons at Mercedes from 2013 to 2016, thinks that Hamilton will only be spurred on by Russell’s performances at the Brackley-based squad.

“George has done an awesome job, phenomenal with how difficult that car has been to drive,” said on the Sky F1 show Any Driven Monday.

“To be so consistent, driving so well, not making any mistakes, always getting the maximum out of it, he has been brilliant.

“On Saturday [in Montreal], one would think, ‘okay, keep it safe, bring home another P4 or P5 in qualifying’ but no – he said, ‘I am going to put my slicks on, I only care about pole position’. That is really awesome.

“Lewis is driving at his best. He has just had an unbelievably unlucky season with all these different things going against him. This was a normal weekend and he delivered in the usual awesome way.

“That driver pairing is so strong, incredible, but, make no mistake, Lewis hates passionately to ever come second to a team-mate, so he will be ultra-motivated and pushing hard internally.

“The [Mercedes] car in the race was really decent. I thought it was so awesome how George right after the start made headway, passing one car after another down into the hairpin.

“I think they are making progress but there is still some way to go to Ferrari and Red Bull. They can’t win at Silverstone, they are still too far away.”

Hamilton ended the Canadian Grand Prix on Sunday in third place, scoring just his second podium of the 2022 campaign.