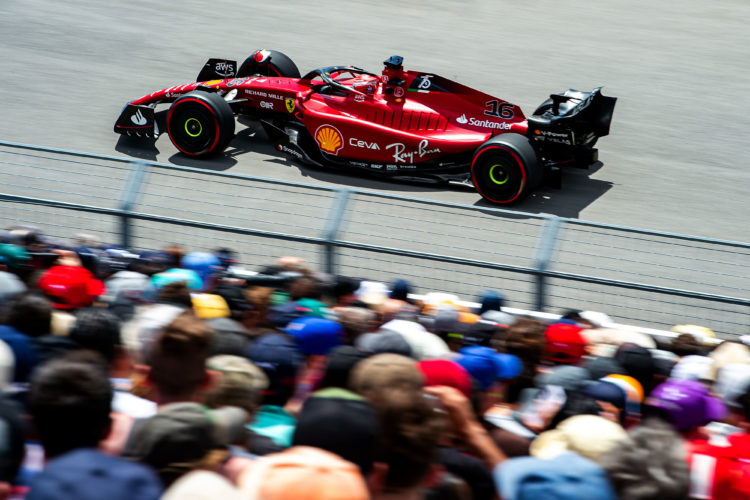 Ferrari says Charles Leclerc can now go on the offensive with a fresh power unit in a bid to claw back points in the Formula 1 title battle.

Leclerc relinquished the lead of the standings after retiring from the Spanish Grand Prix and slipped further back with another failure in Azerbaijan.

Ferrari equipped Leclerc with fresh power unit components in Canada and he recovered from the back of the grid to capture fifth position.

“It’s something we decided very soon after Baku, so it was something he was aware of for many days and he had time to digest and be prepared for the race weekend,” said Ferrari team boss Mattia Binotto.

“It’s certainly a frustrating situation for a driver, and the race would require to control a lot of passion which has been the case, because sometimes you would like to overtake when you cannot because of the speed on the straight or the tyres are worn.

“We limited the damage starting from the back, and finishing fifth is still a good race result.”

Leclerc now trails Max Verstappen by 49 points but Binotto is optimistic that the situation can be improved across the next events.

“Now we have got a fresh power unit for the next races certainly,” said Binotto.

“The four races before the summer break will be important for him, certainly, where he can attack and let’s try to recover some points where we can.”