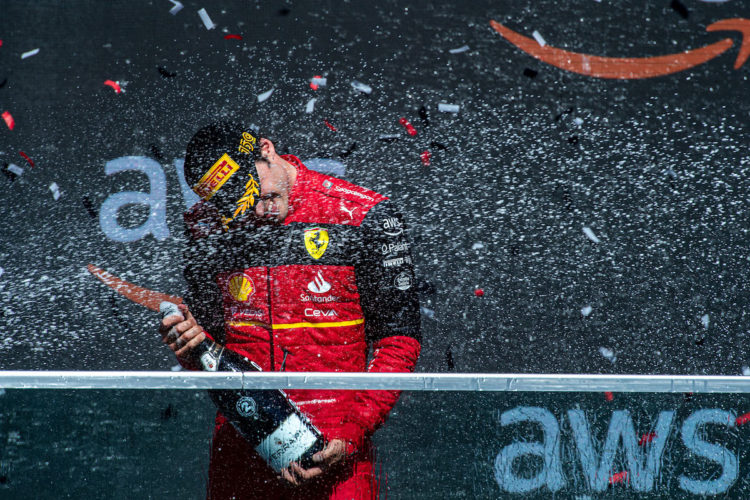 Ferrari Team Principal Mattia Binotto has commended the job that Carlos Sainz carried out in Montreal last weekend, where he brought home a second-place result.

Sainz was in contention for the race victory, as a late Safety Car allowed him to close up to the rear of Max Verstappen and attack him for the lead.

However, the Spaniard couldn’t find a way past Verstappen and crossed the line just under a second behind the reigning World Champion.

Sainz has endured a difficult 2022 season so far, performing off the pace of team-mate Charles Leclerc, while also being involved in a number of on-track incidents.

The 27-year-old has struggled with confidence in his new-for-2022 car throughout the opening half of the season, something that Ferrari believes he is now gaining in.

“I think that Carlos had a strong race,” Binotto said. “Good pace, good drive and as he said I think he at times was very, very close.

“So we can be very happy that he is getting more and more confidence. Because again I think to win today with such a close fight with Red Bull and Max you need to be perfect for an entire weekend.

“I think if anything then the qualifying was not perfect from Carlos and that cost him a bit maybe [in the race]. Because being ahead or chasing is certainly a different matter.”

In recent races, Red Bull has stretched ahead of Ferrari in the Constructors’ Championship, and it now holds a 76 point lead, while Verstappen continues to head the Drivers’ standings by a sizeable margin.

Binotto says that Sainz’s growing confidence will soon manifest into race-winning pace as Ferrari aims to close in on Red Bull.

“It has been a very good race and I think race by race he is gaining confidence, improving his driving and getting faster and faster,” Binotto said.

“He is happy, more relaxed and I am pretty sure he will prove in the next races that he is a contender as well for the win in a single race.

“I’m pretty happy and it is important for the Scuderia that we can count on him as well to be very fast and again to be a strong racer on a Sunday.”