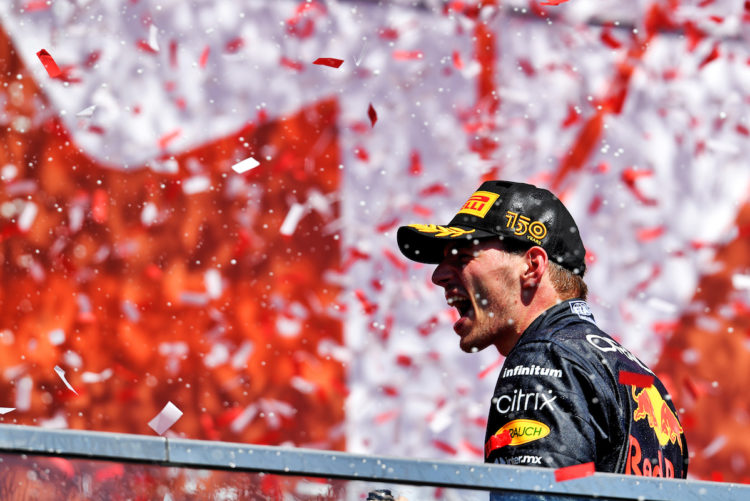 With his 26th career victory on Sunday in Montreal, Max Verstappen is now a clear ninth place in the all-time Formula 1 race victories list.

Prior to the win, the reigning World Champion was tied with Niki Lauda and Jim Clark.

However, his latest triumph elevated him beyond Lauda and Clark’s tally, who are now 10th and 11th on the list.

Verstappen is just two race victories away from surpassing Jackie Stewart for eighth place, while Nigel Mansell and Fernando Alonso’s 31 and 32 race wins in seventh and sixth respectively are not insurmountable this season.

The Dutchman now holds a 46-point lead in the Drivers’ Championship, having won six of the opening nine races of the 2022 campaign.

“It’s still a very long way and I know the gap of course is quite big, but I also know that it can switch around very quickly,” Verstappen said.

“I mean, race three I was 46 behind, so we just need to stay calm, we need to focus, we need to improve, because today we’re not the quickest.

“It swings a bit, like last weekend [in Baku] it looked good in the race, now it didn’t look as good but we still managed to win.

“That I think is also a quality and we just have to work together with the whole team you know to try and just find little improvements in the car.”