Sainz takes confidence from being ‘fastest man in Canada’ 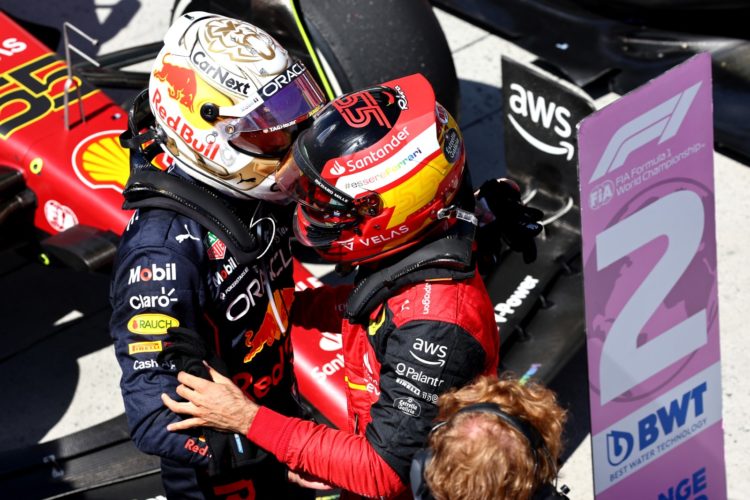 Carlos Sainz says he can take confidence from being “the fastest man on track” during Formula 1’s Canadian Grand Prix.

Sainz has endured a mixed 2022 season so far and has trailed Ferrari team-mate Charles Leclerc through the majority of qualifying sessions and races.

Sainz chased Max Verstappen during the closing stages of the race, having been equipped with slightly fresher tyres, but ultimately fell short of being able to challenge the Red Bull driver.

“It was a tough, intense battle with Max,” he said. “I knew I had a bit of pace delta on him from the whole race and I think it was five, six laps fresher [on] tyres, but I think to overtake around here you need to be more than those two or three tenths, you know.

“I gave it all. I was risking everything, you know, over the kerbs, close to the wall and having a few moments out there in the dirty air.

“I got close a couple of times but not enough to really throw a move down the inside anywhere. But I can tell you I was pushing.”

The result was Sainz’s fifth podium of the season and lifted him to within 24 points of Leclerc.

“Compared to a Red Bull, we were quicker, I think the whole race,” said Sainz.

“First time the season that I think I can say that I was fastest man on track, which gives me some confidence and hope for the next races. “But two or three tenths is not enough to pass a Red Bull, you need more like five, six tenths of pace delta if you really want to have any chance of passing Max.”