Hamilton: W13 potential ‘is there’ if Mercedes nails set-up 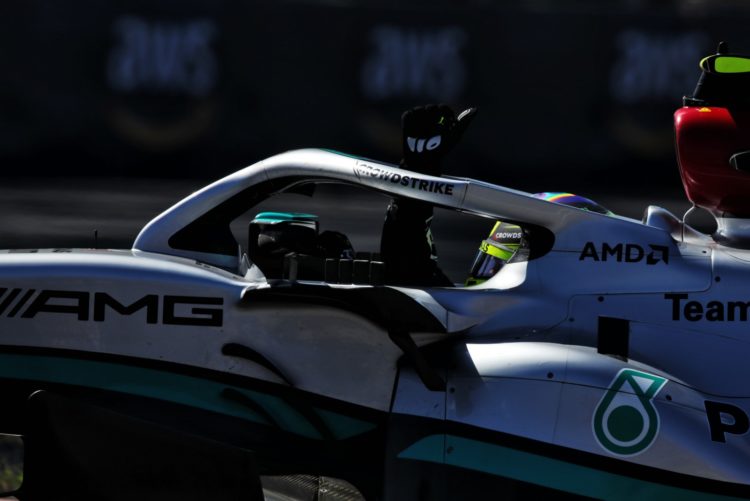 Lewis Hamilton says Mercedes can fight Formula 1’s front-runners if it fully optimises the set-up of its W13.

Hamilton and Mercedes have endured a fraught season with its recalcitrant W13 but the seven-time champion put in his most accomplished performance of 2022 in Canada.

Hamilton qualified in fourth position in wet conditions and rose to third in the race, marking his first podium since the opening round of the season in Bahrain.

“It feels great today, to be in amongst the battle and for a second at the end there, I was just about keeping up there with these guys, but they pulled away at the end,” said Hamilton.

“But it’s given me and the team a lot of hope that there is more to come from this car.

“The potential is truly there if we can get the set-up right. I think that’s been the most difficult thing this year, trying to optimise the set-up window. For this car, it’s much, much smaller than any other car we’ve experienced.

“I’ve not been on the podium for a long time! Especially as I had my first win here 15 years ago, to be back up there and get to experience the energy from the crowd, it was very reminiscent of that first year here. I’m so, so happy with it.”

Hamilton added that “when you get a full race distance in you find a lot of things out about the car and the relationship you have with the car and data, so there’s a lot to take from [the race].

“One really great thing is we’ve got really good reliability, which I think is a real tribute to all the great work all the team are doing at both factories.

“So we’ve just to keep our heads down, keep working and hopefully… I know where I’m losing to these guys [Red Bull and Ferrari], so that’s where I’m going to try and focus on attacking to try and improve.”