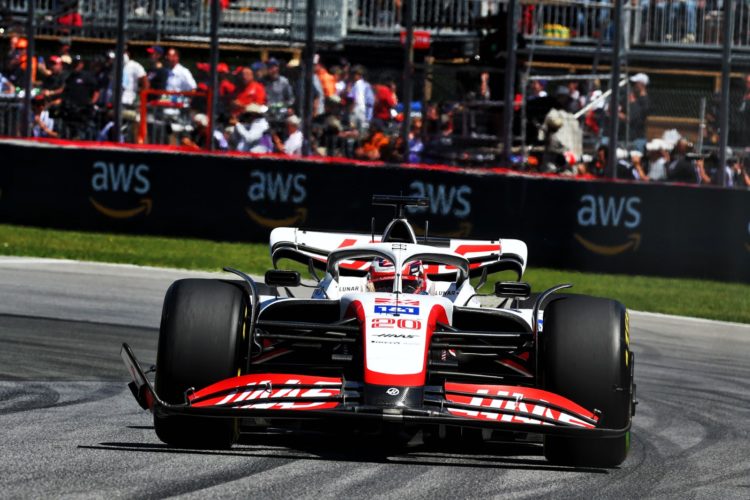 Kevin Magnussen expressed frustration at being instructed to pit for repairs after sustaining minor front wing damage at the start of Formula 1’s Canadian Grand Prix.

Magnussen brushed Lewis Hamilton’s car on the opening lap in Montreal but ultimately retained fifth, before ceding one spot to George Russell.

Magnussen was then issued the black-and-orange flag by Race Control, mandating a pit stop, leaving him out of sync with the rest of the field, having also been delayed during the pit stop due to the front wing change.

“I scratched my front wing a little bit and then was told to pit,” he said.

“The front wing was safe, it was not broken off. Think back to Jeddah last year, Lewis Hamilton won the race with half a front wing… which I think is correct, you know, let us race if we can.

“In Monaco they don’t start us because it starts drizzling. Here I’m called in because I have a scratch on my front wing.”

“We pitted on lap 10 or something and then we tried to do the rest of the race on Hard, one set,” he said. “Always going to be difficult.”