Leclerc sure he can still overturn 49-point title deficit 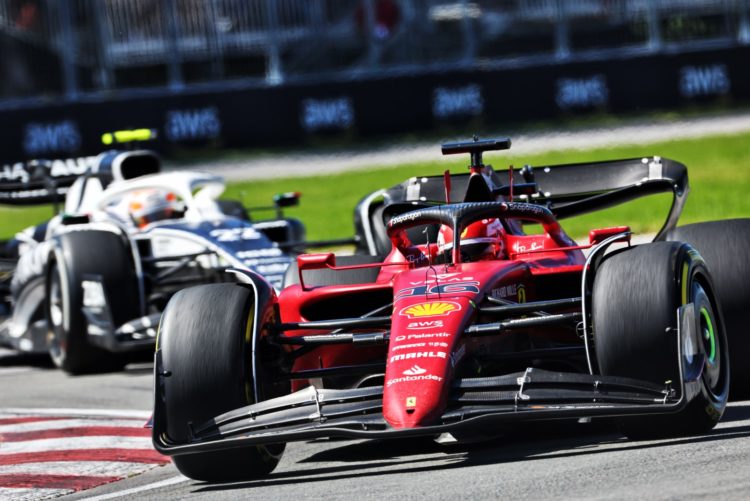 Charles Leclerc says he has confidence that he can still overhaul Max Verstappen in Formula 1’s title battle despite another win for the reigning champion in Canada.

Verstappen kept Leclerc’s Ferrari team-mate Carlos Sainz at bay through the closing stages of the 70-lap race to chalk up his sixth victory of the campaign.

Leclerc recovered from the back row of the grid, following an engine penalty, to take fifth spot but now trails Verstappen by 49 points.

When asked whether he can turn around that deficit Leclerc swiftly replied: “Yes, yes. I think reliability seems to be a concern for everyone this season.

“If we fix our reliability the performance is there to come back so already from Silverstone we will try to get a few points back.”

Leclerc ran long on Hard tyres from the start but lost time behind Alpine’s Esteban Ocon, and then suffered a slow stop that dropped him into midfield traffic.

“I think unfortunately with the pit stop it put us a bit in a bad situation as we cleared the DRS train then got another DRS train and it cost me a bit at the end,” he said.

“Overall it was a race I had to be patient, at the beginning I was stuck in a DRS train then I was stuck behind Esteban who had new tyres and was very gpod at turn 10, whenever I had free air I think pace was really good but it’s like this.”