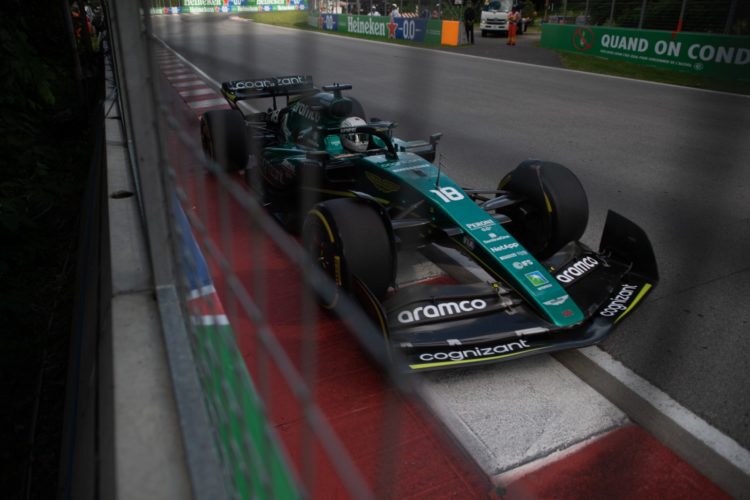 Sebastian Vettel and Lance Stroll say they do not yet understand their lack of performance during qualifying for Formula 1’s Canadian Grand Prix.

Vettel finished third during the rain-hit final practice session at the Circuit Gilles Villeneuve while Stroll was on the cusp of the top 10.

However neither driver made it through Q1 and classified 17th and 18th respectively, faster only than Williams’ Nicholas Latifi and AlphaTauri’s Yuki Tsunoda.

“I do not know where our pace went,” said Vettel. “We did not change much between FP3 and qualifying – but we were too slow and we do not understand it.

“It is a pity, because we could have gone very well in these conditions. Given how the car felt out there, our lap times are not a surprise.

“The car was very difficult to drive – it was sliding and had a very poor rear end. We need to have a look at the data because something clearly did not work.”

Stroll explained that “we were pretty competitive in FP3 this morning, so it was disappointing not to follow that up in qualifying.

“In Q1, there was just no grip in the car, which meant we ended up stuck at the back of the pack.

“The yellow flag towards the end of the session also meant we could not further improve our lap-times – just when the track was one second per lap quicker as it dried out.”