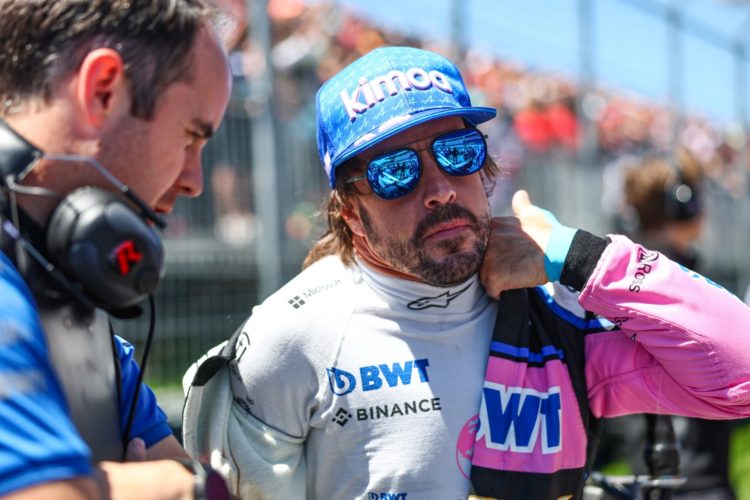 Fernando Alonso has been demoted to ninth at Formula 1’s Canadian Grand Prix after incurring a time penalty.

Stewards handed Alonso a five-second time penalty after it was deemed that he made more than one change of direction while defending against Valtteri Bottas.

They outlined that Alonso “made repeated changes of direction to defend against Bottas, who had to lift at one point and briefly lost momentum.

“Whilst noting the driver’s point that at no stage was any point of Bottas’ car alongside Alonso’s, the stewards believe this to be a clear breach of the regulation.”

Bottas thus improves to seventh, with Zhou Guanyu eighth, ahead of the penalised Alonso.