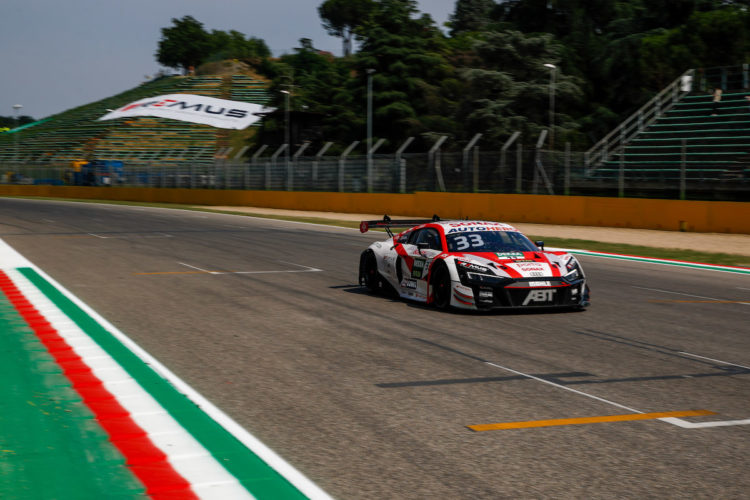 Rene Rast qualified on pole for the first DTM race of the weekend at Imola, setting a 1:39.817, with the Audi Team Abt driver 0.188 ahead of fellow Audi driver, Team Rosberg’s Nico Muller, who will start alongside him in Italy.

Kus Team Bernhard Porsche’s Thomas Preinning will start third, with series rookie Clemens Schmid in the GRT Lamborghini fourth. Schmid looked like he might take his maiden DTM pole for much of the session, before Rast, who’d been quick out of the gate but had slipped down the order as the track improved, set the fastest lap of the session to take pole.

Rast’s Abt teammate Ricardo Feller will start fifth, with Mirko Bortolotti in the other GRT Lamborghini sixth, beaten by teammate Schmid.

Kelvin van der Linde in the third Abt will start seventh, with BMW Walkenhorst Motorsport’s Marco Wittmann in eighth. Championship leader Sheldon van der Linde qualified ninth, with many of his championship rivals ahead of him. Lucas Auer for Mercedes-AMG Team Winward rounded out the top ten in tenth.