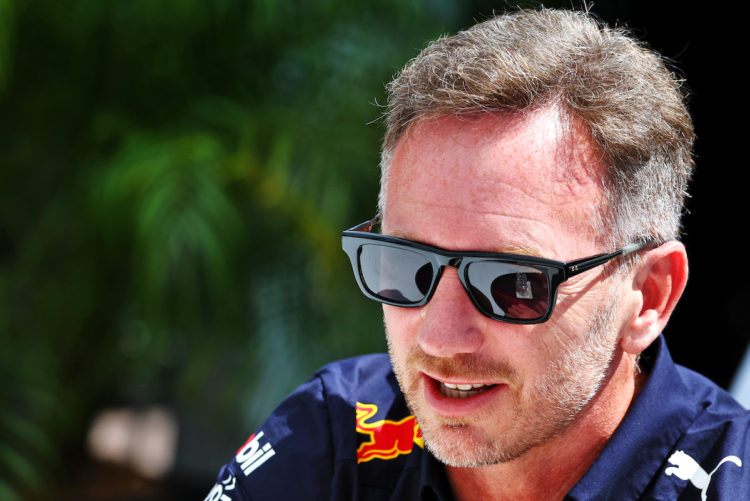 Red Bull team boss Christian Horner says it would be “unfair” to introduce sizeable changes to the technical regulations to solve the ongoing bouncing issue Formula 1 cars are suffering from.

Since the start of the current F1 season, a number of teams have seen their cars porpoising at high speed, a side-effect of the new-for-2022 challengers.

The cars are being run as close to the ground as possible in order to produce downforce through the ground effect.

But questions marks have been raised regarding the safety of drivers, with Lewis Hamilton labelling last weekend’s race in Baku as the most physically painful weekend he’s endured during his career.

Points have been raised in relation to the drivers’ long-term health, with the FIA introducing a Technical Directive in Canada in an effort to decrease the severity of the bouncing.

Horner says a rushed Directive isn’t the correct way to address the issue going forward: “The FIA, you can understand safety being their main concern,” Horner told Sky F1.

“To drop a Technical Directive like that just as we’re coming into a weekend without any consultation, it just feels the wrong way to be going about things.

“There needs to be proper consultation with the experts and a solution can be found.”

Horner says that having a significant change to the regulations, which would also create complications towards the sport’s budget cap, would be unfair to teams that aren’t suffering severely with bouncing.

The 48-year even suggested that the FIA should look into disqualifying cars that are deemed dangerous on the track.

“It’s the same rules for everybody. Some cars have the issues, some cars don’t,” he said.

“It would be unfair to have effectively what would be deemed a regulation change halfway through a year because a team has missed a target.

“The emphasis should be on that team to sort that issue out. If the car is dangerous, that’s down to the FIA, they still have a black flag in their armoury.

“If they deem a car is dangerous or unacceptable for a driver’s safety, they would and should black flag it.”