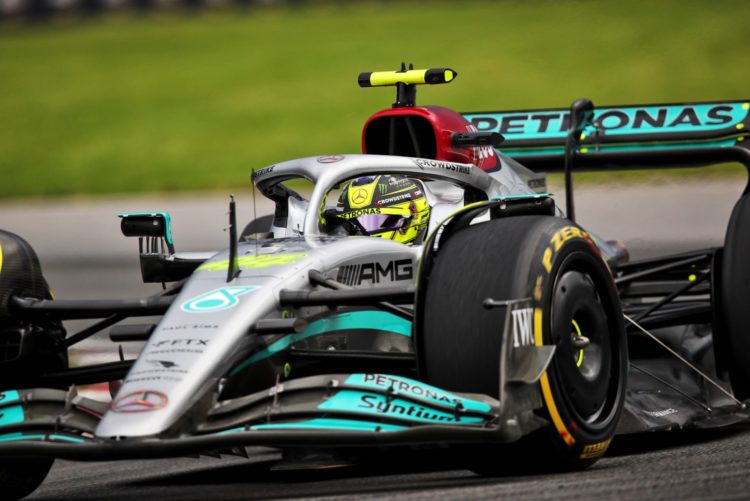 Lewis Hamilton emphasised that Mercedes is still yet to make progress with its W13 after a dismal display during practice in Canada.

Hamilton, a seven-time winner of the event at the Circuit Gilles Villeneuve, finished Friday practice in 13th place of the 19 drivers who set a time.

He pulled into the pits during the final five minutes of his long run after complaining that the car was undriveable.

“Pretty much like every Friday for us,” said Hamilton. “Trying lots of different things, an experimental floor on my side that didn’t work. Nothing we do to this car generally seems to work.

“I’ll wait to hear how it felt for him but for me, it was a disaster. It’s like the car is getting worse. It’s getting more and more unhappy the more we do to it.

“We’ll keep working on it, but it is what it is. I think this is the car for the year, so we’ll just have to tough it out and work hard on building a better car for next year.”

Hamilton added that “one touch to the kerb and the thing goes flying, it’s so stuff. Here you need to be able to use the kerbs, so it’s very, very tricky.

“It’s not the Montreal that I know, that I’m used to and that I’ve experienced in my career. It’s the worst that I’ve ever felt in any car here.

“I’m hoping overnight that we can try and make some changes but it’s just the fundamentals of the car… It is what it is and it’s going to be a struggle.”