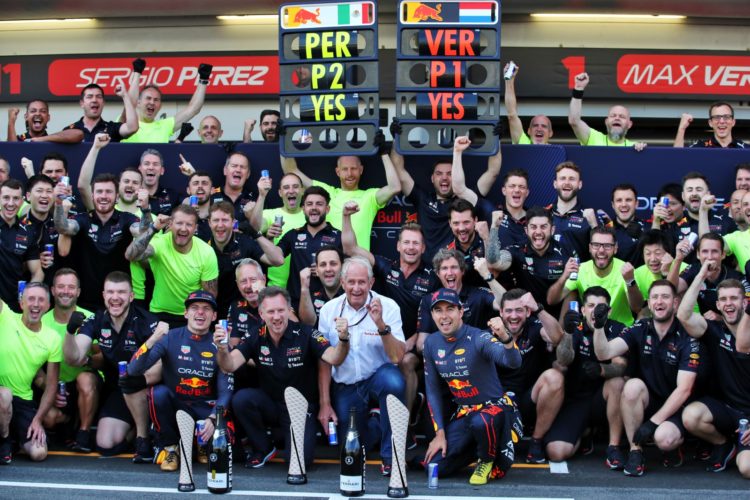 Sergio Perez says Red Bull must strive to continue its current momentum ahead of this weekend’s Formula 1 Canadian Grand Prix.

Red Bull has won the last five rounds with Max Verstappen’s streak interrupted only by Perez’s win in Monaco.

Of those five victories three – including in Azerbaijan on Sunday – have been 1-2 results for the team, giving it a commanding 80-point advantage over Ferrari in the Constructors’ Championship.

Perez holds second spot in the standings, 21 points behind Verstappen, with Red Bull drivers 1-2 in the classification for the first time in over a decade.

“We’re going to Canada at a great moment for the team,” said Perez. “Scoring maximum points in Baku was a brilliant result for us all and keeps us in the fight for both titles.

“For me it was a frustrating day in parts but when you have a disappointing day and still come second and get fastest lap you can’t say it’s too bad!

“This car is really performing on the street circuits so we are confident we can put together another strong performance this weekend and keep the momentum going at the top.

“I am going to spend some time understanding the race in Baku more with my engineers so that I can get the most this weekend.

“It’s nice to be back in Canada, it’s a circuit I enjoy driving and taking a car to it which is so competitive is going to be fun.”

Perez finished on the podium in Canada during his sophomore season with Sauber in 2012.