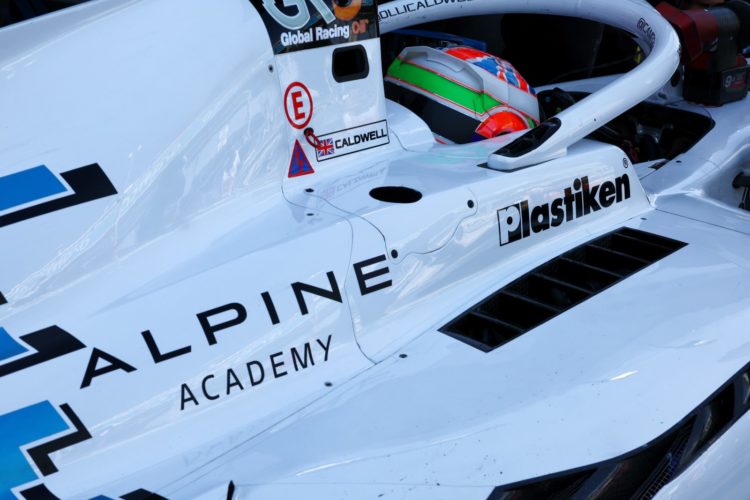 Caldwell joined Alpine’s roster of juniors for 2022 off the back of finishing eighth in last year’s Formula 3 championship.

He stepped up to Formula 2 with Campos this year but has yet to finish inside the points.

Alpine has been carrying out an extensive programme with its 2021-spec A521 this year for reserve driver Oscar Piastri.

Piastri has already tested at the Circuit of the Americas, Losail and Spielberg, and today (Tuesday) is driving the car at Silverstone.

Caldwell, 20, is due to take over test duties on Wednesday for his first taste of Formula 1 machinery.