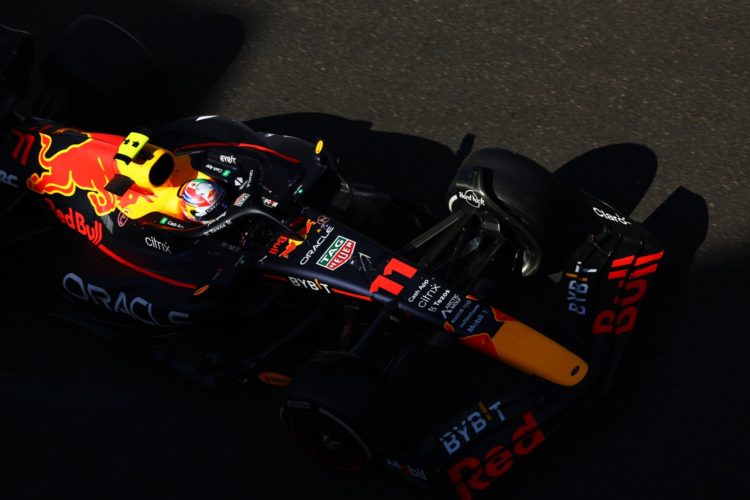 Red Bull boss Christian Horner says the pace difference between his two drivers was “significant” as he explained the instruction not to fight in Azerbaijan.

Sergio Perez grabbed the lead from Charles Leclerc at the start while Max Verstappen slotted into second when the Ferrari driver pitted under the Virtual Safety Car.

Perez held a five-second advantage but Verstappen reeled in his team-mate as the Medium tyre stint wore on and made a comfortable move for the lead on lap 15.

It came after a radio message was broadcast in which Perez was told “no fighting” when Verstappen was in pursuit.

“It was just a question of you’ve got a faster car and a slower car, and Max had a significant pace advantage on Checo at that point, and Checo had quite heavy graining on his tyres,” said Horner.

“It was just a question of ‘guys, let’s not put each other against the pit wall here if one car is quicker, concede and let’s focus on getting the best result for the team.”

Horner added that “the priority is to maximise the points against Ferrari – we know they’ve got a very quick car at the moment and we’ve seen how quickly things can turn around.”

“I think maybe, with the benefit of hindsight coming into this weekend, perhaps there was too much weight put behind his qualifying set-up with the rear deg that he experienced,” said Horner of Perez.

“So that’s something to look at because Max was certainly in better shape in the race than Checo was at the back end of that first stint.”