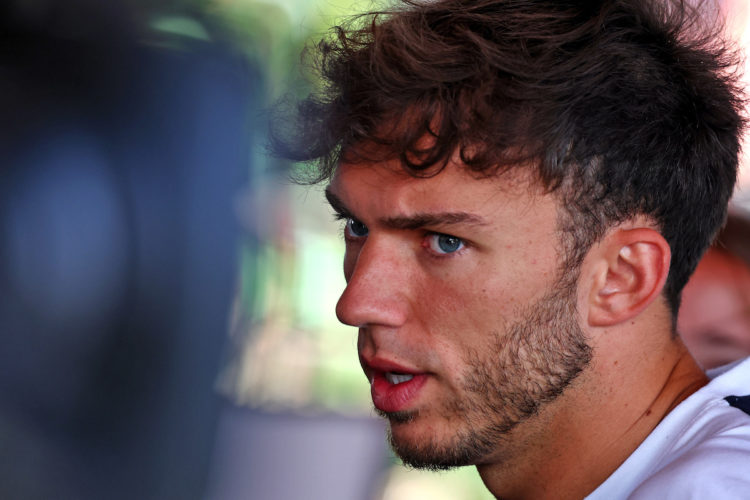 Last week, Red Bull announced that it had extended Sergio Perez’s contract, tying him down to the team until at least the end of the 2024 campaign.

Gasly has competed for Red Bull’s sister squad AlphaTauri (formerly Toro Rosso) since he was demoted from the front-running Red Bull team midway through the 2019 season.

The Frenchman has impressed many since his demotion from Red Bull, however he has been denied a return on a number of occasions.

Throughout its existence, AlphaTauri/Toro Rosso has been used as a team to give debuts to Red Bull junior drivers before the possibility of a move to the front-running squad opens up.

But the latest denial for Gasly, who has been associated with Red Bull for several years, has come with Perez’s extension – however Horner says it made more sense for Red Bull to retain Perez rather than sign Gasly.

“We’re in the fortunate position, through the ownership of Red Bull effectively having two grand prix teams, we’ve been able to invest in young talent and bring them up and get drivers like Max [Verstappen], Sebastian [Vettel], Daniel [Ricciardo] and Pierre these opportunities,” Horner told Sky F1.

“It was obviously a no-brainer for us and totally deserving of Checo to retain that seat. For Pierre, he remains under contract to Red Bull.

“There’s another year to run on that contract. The timing wasn’t right to bring him back into Red Bull Racing.

“It shows we’re not afraid to step out of the scheme if a driver within the scheme, we don’t feel there’s one really [ready] for Red Bull Racing. I think the pairing that we have, we’re happy with.”

Horner has commended Perez for turning his career around after his disappointing campaign with McLaren in 2013 decreased his status.

“He had a chance with McLaren early in his career,” Horner said. “Sometimes drivers don’t come back if they’ve had an opportunity, but he’s kept plugging away at it.

“He drove such a great season in 2020 [with Racing Point] that he made it very hard for us to ignore his performances.

“He kept banging on my door and kept pushing himself. In the end, after he won the race in Bahrain, it was a no-brainer.

“Now he’s grabbed this opportunity with both hands. Arguably it was too soon for Pierre, too soon for Alex [Albon] to step into the seat in a Red Bull Racing car.

“But they’ve still got the opportunity to further their careers and Checo’s proof that it’s never too late to come back.”