Hartley leads Le Mans for Toyota with 20 hours to go 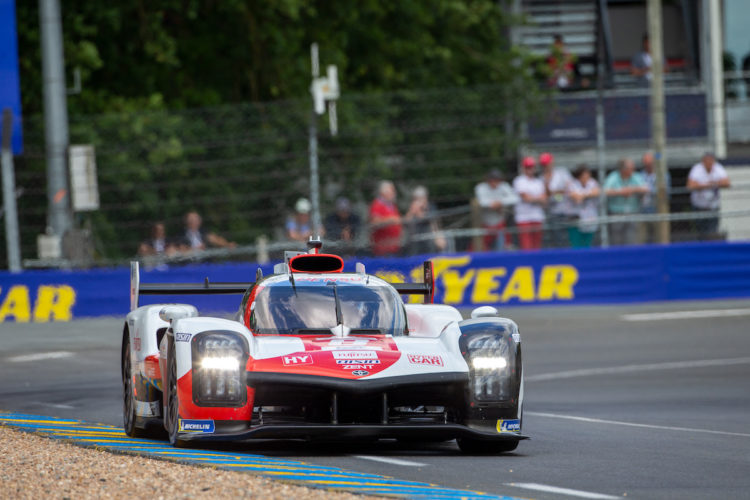 Brendon Hartley leads for Toyota in the 24 Hours of Le Mans with under 20 hours to go, with the #8 Toyota just a few seconds ahead of the sister #7 Toyota, driven by Jose Maria Lopez.

Third and fourth are the two Glickenhaus 007s, #708 with Romain Dumas ahead of Ryan Briscoe in #709. The #36 Alpine A480 is fifth and last in LMH, but 26th overall after spending time in the garage with a clutch issue.

GTE-Am is still led by Thomas Merrill in #79 WeatherTech Racing Porsche 911 RSR-19, with another Porsche, this time Christian Reid’s #77 Dempsey-Proton Porsche 911 RSR-19, in second. Third is the #98 Northwest Aston Martin Vantage AMR, with Paul Dalla Lana currently behind the wheel.