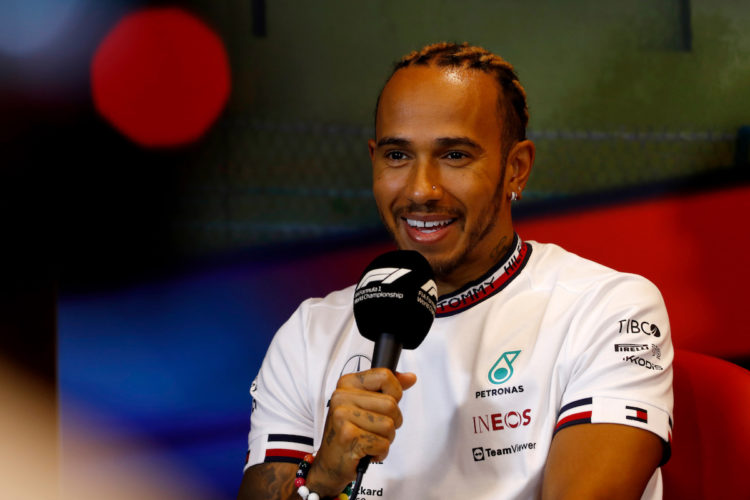 Lewis Hamilton says it was “very surreal” to become an honorary citizen of Brazil, admitting that the news took him by surprise.

The seven-time World Champion was made a citizen of the South American country on Thursday after a bill was passed in the lower house of parliament.

Hamilton has long had an affection for Brazil, with his racing hero Ayrton Senna, who died in 1994, hailing from the nation.

The Mercedes driver won his maiden F1 title in Brazil in 2008, and has taken three grand prix wins in the country, including a spectacular comeback drive to victory in Sao Paulo last year.

Hamilton says that nobody was in contact with him over the bill that was voted through, stating he received the information by hearing it on the news.

“It’s very surreal and what a huge honour it is,” Hamilton said.

“I’ve not heard of that happening, maybe it does in other places – but Brazil has always been a place that I’ve loved and admired since a kid.

“Obviously following Ayrton, you are naturally drawn to the country. Through my life, just meeting more and more Brazilians and learning more about the culture and the community, it’s very, very diverse there.

“A lot of music and colour and I’ve had so many amazing times there. I obviously won my first championship there and then 14 years later or whatever it was, to have that epic race there last year and the moment with the Brazilian flag.

“My biggest following is in Brazil, so I’m very honoured and very grateful and can’t wait to spend more time there.”

Brazil will once again feature on the F1 race calendar in 2022, with Sao Paulo hosting the penultimate round of the campaign in November.