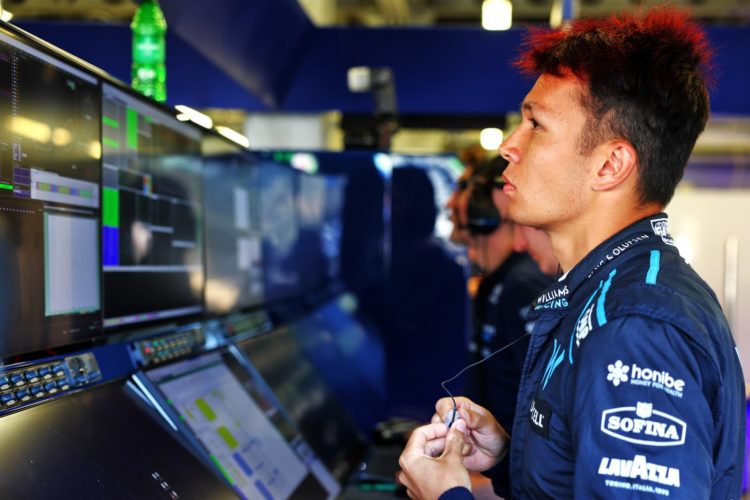 Alexander Albon says he is confused by Williams’ lack of pace at Formula 1’s Azerbaijan Grand Prix given the strong feeling from the FW44.

Williams has had the slowest car through much of the campaign but on Friday the team was significantly adrift of the pack.

Albon’s best time in the second practice session left him eight tenths of a second down on Haas’ Kevin Magnussen, and over three seconds behind leader Charles Leclerc.

“To be honest with you it’s a bit tricky for us as the car feels actually very good, feels one of the better-balanced car we’ve had during the year so to be far off the pace is a little bit confusing,” said Albon.

“We need to try and understand what’s going on.

“We’ve got a bit of work on that side and we’ll go back to the drawing board and see what we come up with.”

Williams team-mate Nicholas Latifi was eight-tenths behind Albon at the rear of the field.

Latifi’s build-up was disrupted by an electronics issue that left him with limited running during the opening session.

“We know the limitations of the car and we’ve seen after today that we’re struggling in some areas,” he said.

“But obviously today on my side I know there’s more time to come.”