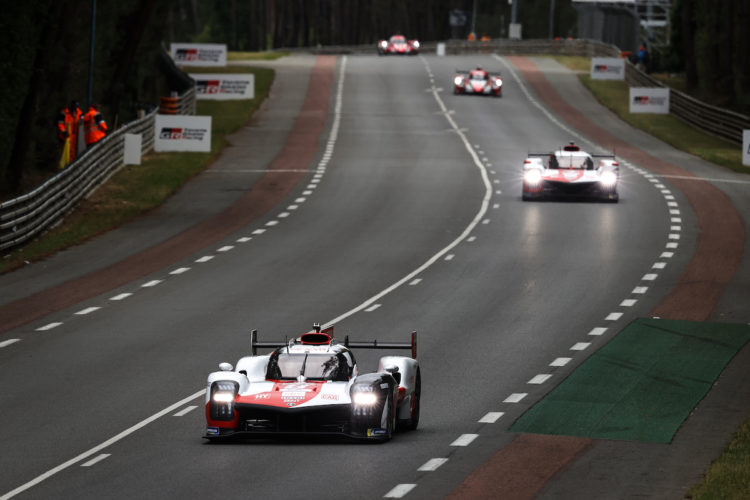 Nicolas Lapierre, driving the #36 Alpine A480, was on pole for much of the session but was beaten by the Toyotas on their final lap. He set a 3:24.850 midway through the session, ringing the neck of the Oreca-built car, but couldn’t go quicker to steal pole away.

The two Glickenhauses were fourth and fifth, #709 Glickenhaus 007 in front of #708. Briscoe in the #709 got pinged multiple times for track limits, as did many drivers, including Hartley and Kobayashi in the Toyotas. Briscoe also got held up by GTE traffic in the last part of the lap, when he was four tenths up on Lapierre’s pole time. He eventually set a legal time of 3:25.841, almost one and a half seconds off Hartley

Finally, Olivier Pla in the #709 Glickenhaus set a 3:26.359, almost two seconds off Hartley and half a second off his teammate Briscoe.

The two Ferraris were fifth and sixth in class, Antonio Fucuo in the #52 Ferrari 488 GTE Evo in front of James Calado in the #51. They were more than a second off the Corvettes, however.