Gasly: Perez ‘ticks all of the boxes for Red Bull’ 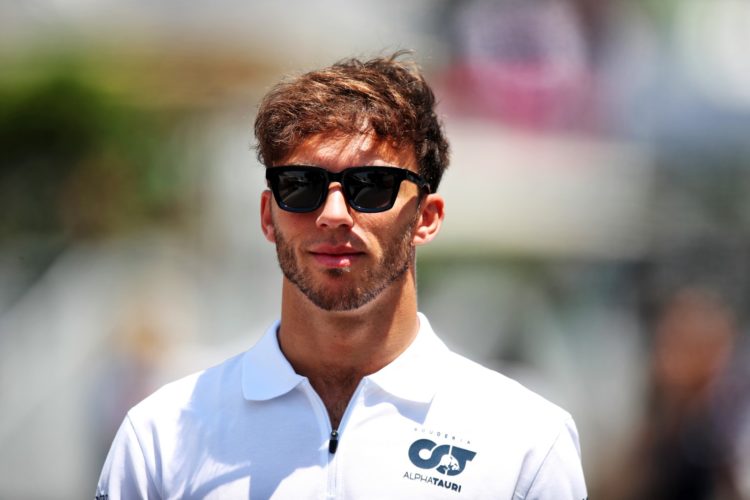 Pierre Gasly says he completely understands Red Bull’s decision to retain Sergio Perez on a multi-year deal and will sit down with bosses to assess his own future.

Gasly has been part of Red Bull’s programme since 2014, three years before graduating to Formula 1 with Toro Rosso, and spent half of 2019 competing for Red Bull.

Gasly has driven for AlphaTauri since his mid-2019 demotion but has repeatedly outlined his ambition to return to Red Bull – a situation that is now highly improbably after Perez signed a new deal through 2024 and has impressed team boss with the low point spread between him and team-mate Max Verstappen.

“What I can tell you is to me it is logical; it is not like it was a surprise because I’m a very objective person,” said Gasly.

“Based on what they expect from a second driver Perez ticks all the boxes, he is doing an amazing season, performing very well this season, fast, has some backing financially, has good experience, and is a good fit for the team.

“On the other side the impact it has on my career and with the ambitions I have is obviously affected so that’s what we’re discussing at the moment with Helmut [Marko] to obviously decide what’s best for all of us, and how do we go forward from there.”

Gasly believes the long-term nature of his existing relationship with Red Bull will aid his upcoming discussions.

“Obviously I’m committed to AlphaTauri right now and will always give my best to this team, even if we are going through harder times because this year is not as competitive as we would have liked,” he said.

“Last year we were qualifying P6 and lining up many times next to Charles [Leclerc] and it’s crazy how in one year how things can change, on one side Charles is fighting for the championship and we’re fighting to make it to the top 10.

“It’s a more difficult time but it’s also I like the challenge of trying to push the team forward.

“Personally, obviously, I have ambitions and my ambitions are more than just fighting for top 10s, that’s not what I work for every day, I want more than that, I want to fight at the front, but priority number one is to perform for AlphaTauri.